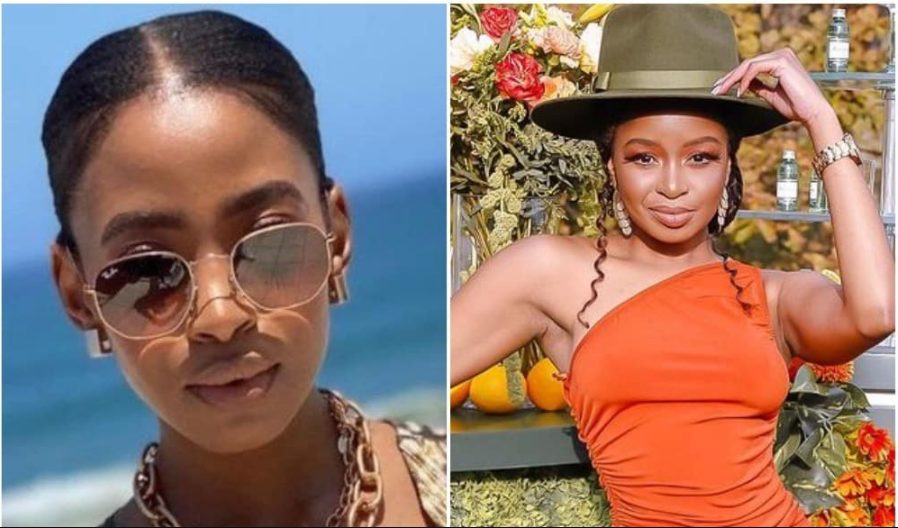 It has been 5 months since the passing of aspirant chef Anele ‘Nellie’ Tembe and her sister, Afternoon Express presenter, Palesa Tembe is feeling nostalgic. The presenter took to social media to let her followers know that she dreamt of her late sister.

Anele Tembe lost her life after allegedly taking her fatal fall at the Pepperclub Hotel in Cape Town, 5 months ago. Not taking the loss easy is her sister Palesa Tembe who even dreamt about her. “I dreamt about you my angel…5 months without you and it sucks,” she wrote on her now deleted post, as quoted by TshisaLive.

When they had just buried her, Palesa spoke about her sadness and reminisced about the past and their long phone calls, “Yesterday we said goodbye, but this morning strangely feels like a new beginning. You moved us in ways you’ll never know. Your honesty, our late night calls, family trips together and you just laughing at me every time I ‘flopped’ (your words, not mine), I’ll miss it all.”

“But for now, God’s got you my sweet angel. P. S: please hug aunt Lulu for me and mom. I miss you – we miss you. ‘Angels protect you, and heaven accepts you’”- Drake (words from your fave),” she ended her post.

American actress Nondumiso Tembe was left speechless after the passing of her cousin.

“My baby, Ngiphelelwe amazwi – Words fail me right now. We will hold you in our hearts forever. Lala kahle, mbali yethu (rest well our flower). Thank you so much to everyone who has sent kind words of comfort for our family, ngiyathokoza kakhulu (thank you very much),” she said.

Yesterday, her fiancé rapper AKA got reminded about Anele during an interview with Thando Thabethe. AKA had the intention of promoting his EP with Costa Titch titled You’re Welcome, however Thando had other intentions and that was to ask about Anele’s death.

AKA flatly said her death is nobody’s business but his. “We have to speak about the elephant in the room…you had a sit down with one of our own Thembekile Mrototo a lot of people felt like you said nothing in the interview,” she asked. But AKA said “so” and shook his head.

But a persistent Thando asked AKA if he wanted to talk about it, “Do you feel a need to say anything about the incident that happened?” asked Thando, but AKA “rudely” replied and said, “You wanna call it an incident this is my life bro. To you it’s an incident.”

“It’s nobody’s business but my own. It is something that I am living with in my life, it’s none of your business,” he said. At the end of the interview, Thando gave AKA the middle finger.

Watch the awkward interview below: