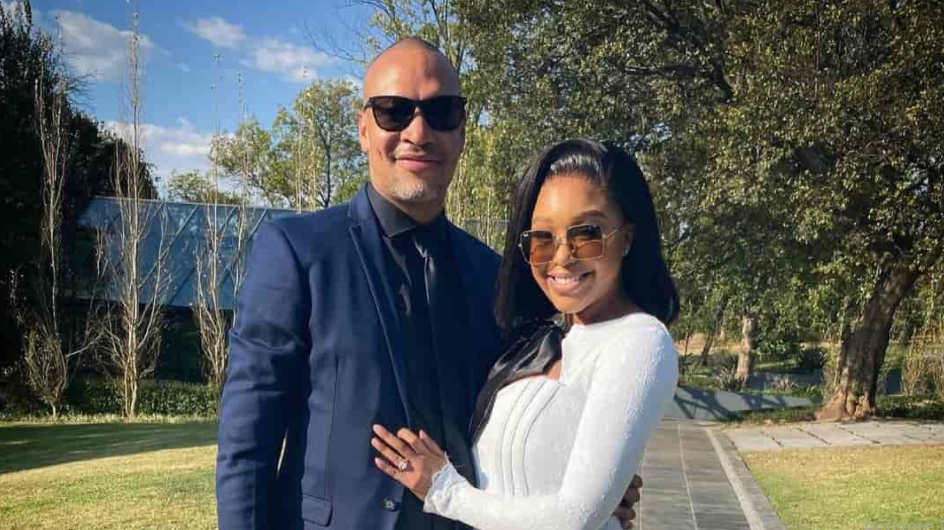 Congratulations are in order for South African television personality Minnie Dlamini. A film, Goodbye Gogo, which she executive produced is now available to stream on Showmax. Mrs Jones shared the exciting news on social media.

She gave a special shoutout to her team who helped her make this possible.

“So proud of everyone who made this film happen from our legendary lead @mtshalijones as our matriarch to the incredible cast. Thank you to my @beautifuldayproductions crew I love you ALL. @khayamthethwa came through with the score (we always spoke about me making movies and him doing the score when we were kids and it happened!)

I’m so proud to announce that my first movie #GoodbyeGogo is now live on @ShowmaxOnline Thank you to my amazing cast and crew for making this happen. A Jones Family Production brought to you by #BeautifulDayProductions #ExecutiveProducer #Storyteller 💎 pic.twitter.com/T2TPDn8SEp

“A Jones Family Production. One of my wildest dreams came true today and there’s more to come.” She posted.

In August, she opened up about her hidden talent which we later found out was storytelling. It is what she loves most about life. Her first production was on Kyknet TV.

“If someone had to ask me who I am, I am a storyteller. It’s what I love most about life and how my ancestors passed on our history and lessons that the next generation needs to learn. I am so blessed that I get to express this passion of mine in multiple mediums.

“Here is one of my hidden (not anymore) talents. I created a beautiful story about love that transcends racial prejudice. I got to work with my genius brother @junkieflo who with a talented team of writers brought our story to life in the @kyknettv movie called PA.

“It’s always about breaking the mould and not allowing myself to be boxed into a category,” she wrote.

Mrs Jones and Quinton celebrated their fourth anniversary a couple of days ago. Time flies right? Minnie added that marriage is not easy and that they were many times when they both wanted to call it quits.

“Happy Anniversary to us. I can’t believe it’s 4years already wow time flies!!!! Marriage is not easy and there are many times we’ve both wanted to call it quits but it’s days like today that remind us of the promise we made to each other. Love you Baba kaNetha.” She wrote.

Sadly, this week also marked three years since Minnie lost her brother. Her brother suffered a brain aneurysm. He spent some time in hospital and was placed on life support. Opening up about her brother’s passing, she said that she used to fear death but now she has something to look forward to.

“3 Years today & it still doesn’t feel real. I used to fear death but now I have something to look forward to. I Love you always my boy,” she said.

Connie Blows Off Some Steam