A Look Inside Kabza’s New Home

A Look Inside Kabza’s New Home 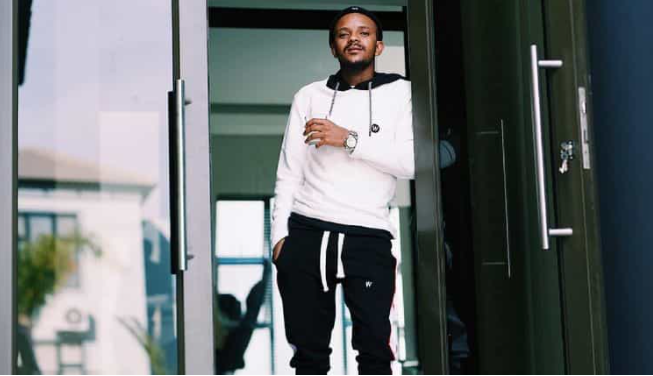 After Kabza de Small’s recent pictures on Instagram, we are convinced that he has purchased a new home. The Amapiano King has been staying at DJ Maphorisa’s house over the last couple of years – It appears he has levelled up. Peeping in the garage, we noticed that none of Phori’s expensive cars was in sight. We saw his Viano, Polo GTI and BMW two series which he purchased in early 2020.

It should come as no surprise that Kabza is in a position to afford such a stunning house. He has been working very hard and has been at the forefront of the Amapiano movement which has taken the world by storm. He is a perfect example of someone who has let their work do the talking. Unlike most people in the entertainment industry, de Small rarely posts a lot on social media unless it has to do with his music.

Taking to the gram just the other day, he decided to give everybody that was tuned in an opportunity to show off their talents. He declined from talking about his forthcoming releases.

The star, who reportedly lost a baby last year, was thankful to have celebrated Father’s Day this year. DJ Zinhle passed by his home to drop him off some champagne from her new range and the muso also gave a shoutout to all the good fathers out there.

“In a day and age where there is so much going on, we take time out to celebrate a different class of men, those who go to unimaginable lengths to ensure that their families are kept and taken care of.” Shared the producer.

“Being celebrated today just not as a public figure but as a father is a feeling like no other, thank you to DJ Zinhle for taking your time to think about us fathers and celebrate us how you see fitting and it truly is, I loved this gift.”

One can’t deny that he is the hottest house producer in South Africa at the moment. Alongside Mihlali and other rising stars, he made it onto Forbes 30 Under 30 2021. He thanked the renowned publication for the feature through a heartfelt tweet.

Kabelo has also featured in Rolling Stone Magazine. In the article, his friend DJ Maphorisa had nothing but praises for him. “He started a huge trend…Amapiano started as instrumentals in the beginning. [Kabza] added voices and then the whole game changed. He really played a big role to all the kids who are singing on Amapiano songs or rapping on Amapiano songs. That’s why I had to partner with him,” said Madumane in part.

His list of wins is just endless. He has also received ten nominations at this year’s SAMA Awards.