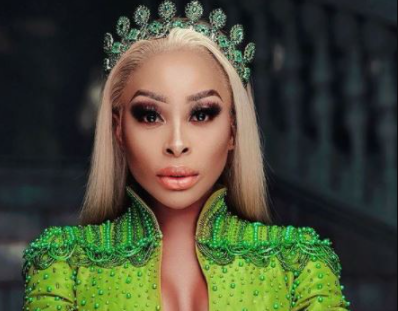 A Zimbabwean prophet with a popular YouTube channel, Divine Kingdom TV, has people believing that Khanyi Mbau could become an Evangelist of Christ. Khanyi Mbau has been trending since Tuesday when her boyfriend Kudzai Mushonga announced that she had gone missing. Seizing the opportunity, senior Pastor Dr. Ian Ndlovu revealed his prophecy.

The prophet did not specifically say the name Khanyi Mbau, he referred to her initials K.M, adding that she posts pictures of herself in exotic places and appears on magazine covers. He encouraged this South African socialite that she must turn to Christ and that people should pray for her.

He said he had been shown this prophecy years ago but he was instructed to not speak about it, until recently citing that her season to preach has arrived.

“We must continue to pray for celebrities in South Africa. There is a certain young lady…I don’t know whether the term young lady would apply to her, but she’s a socialite. She has been involved with very prominent men in the past. The spirit of God sent me. I’ve seen her several times in the past in a vision. I wanted to speak about her some time last of last year – in 2019 – but the Holy Spirit told me not to talk about her yet. The spirit of God says I must speak about her now,” he started off by saying.

Apparently, KM is supposed to use her influence to win people over who need Christ.

“The Almighty God wants her to consider her relationship with Christ very seriously because God wants to use her influence to win many people who are lost and also to save her soul and to lengthen her life. There are so many celebrities who are female in South Africa. The one I’m talking about, her initials are KM,” he reveals.

“God wants to use her, there is a mighty preacher of the gospel in that woman. I’m not out of my mind; I’ve seen this woman in my vision preaching the gospel like a firebrand to win thousands, if not millions, of people to Christ,” he alleges.

In the comments section are people convinced that he was referring to Khanyi Mbau as she fits the description. Some believe that it was God who made her fly out from Dubai and land back home in Johannesburg. 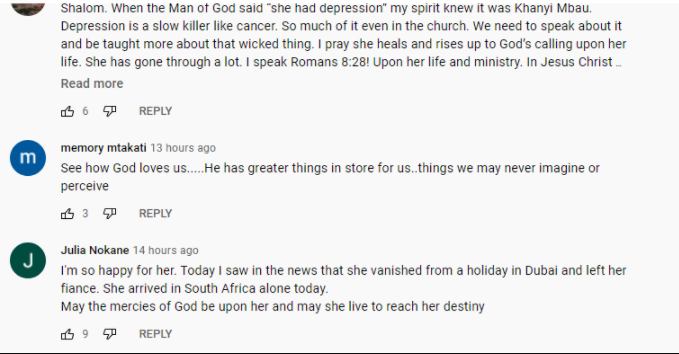 When she landed, Khanyi first went home to see her family who was very worried about her. Then accompanied by her brother Lasizwe, they paid their late father a visit at his gravesite.

Watch his prophecy below: