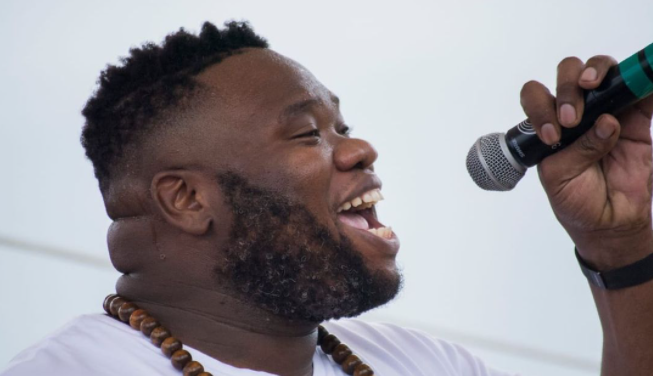 The entertainment industry is mourning the passing of another talented musician and theatre performer Satshwa Malishe. Entertainment commentator Phil Mphela announced the sad news of his passing yesterday.

Malishe was a member of a popular music group AfroSoul together with former Uzalo star Thandeka Zulu and Sabelo Ngema. The group was established back in 2005.

According to the statement shared by Phil, Malishe was admitted to the hospital this past Sunday due to difficulties breathing.

The statement read: “The Afrosoul Management and the Malishe family announces the sadden passing of Sergeant Satshwa Malishe who passed away today 11h15 13th July 2021 which happens to be his birthday month.

“He was admitted at Clairwood Hospital on Sunday 11th July 2021 after he suffered a breathing difficulty and was and was discharged the next morning…after he has been confirmed to have recovered and fit to go back home.”

According to the statement, Malishe sadly collapsed and died when his group members came to fetch him at the hospital yesterday.

“He couldn’t leave the hospital because of the protests that were taking place in the surrounding areas. When afrosoul members (Sabelo Ngema and Thandeka Zulu) went to fetch him today (13 July) at the hospital to go back home, he collapsed just when he was entering the vehicle and was rushed back inside the hospital for assistance but unfortunately he could not make it. The cause for his death is still unknown, we are awaiting the -post-moterm.”

The statement also shared more about the late Malishe, According to the statement he was also a member of Ikabawo Performing Arts Academy where he was facilitating music classes. He also worked with Dr. Mbongeni Ngema, Dr. Duma Ndlovu, Lebo M, and many other entertainment industry legends.

Fans took to the comments section to share their messages of condolences.

Sharon said she is devastated by the passing of his former classmate, she said Malishe was a good person.

” I’m deeply hurt by this devastating news, Sergeant was my schoolmate 1999/2000 his passing is sudden and indeed he was a great soul, full of life and love… In this difficult time may his family find strength and RIP mate.”

Mbili shared one of his greatest memories of him, he wrote: “Eishhhh my high school classmates, I remember in 98 he wrote a song and won a trip to France for the world cup, to sing with a South Africa choir.”