The multi award winning rapper AKA has been dragged for simply celebrating his win and the contribution his song, Fela In Versace has made in the Hip Hop industry.

AKA took to Instagram to share that his song is the most streamed Hip Hop record of all time and of course it would not be AKA if the Megacy did not drag Cassper in whatever is happening. The Magacy said that before the end of the day, Mufasa will be tweeting about stats. Cassper was also termed childish for always throwing jabs even when it is unnecessary.

Some people have however expressed that AKA needs to come up with something fresh and then bring some fresh numbers because Fela In Versace is an old song that has been around. The Megacy also said that they expect AKA to pull those numbers with every stream because he is the only artist that can do that.

“This is the reason why SA rappers don’t go far, they dwell on that one beautiful piece of work instead of creating more everyday,” said an Instagram user.

One of the people on Instagram said, “Congratulations but one song you did on your own that is relevant ? Also that list is fake you know your song does not have better numbers than Jerusalema so calm down before the real numbers come out….. is Spotify included?”

Needless to say, the Megacy came for this person and dragged them all the way to the trash cans and said that sis clearly cannot read because AKA said Hip Hop not in South Africa and Jerusalema is not a Hip Hop song, talk about jumping the gun and not reading to understand.

This whole flex did however land AKA in hot water because some people thought he was being his old arrogant self.

“People call you arrogant when you state facts about your achievements? Hai we still have a long way to go as South Africans. #Jealousy 😂. I love that Fela track🔥🔥🔥,” wrote one of AKA’s stans.

AKA also did defend himself and said that he was only speaking facts and that does not mean he is arrogant.

AKA also flexed on what he and Zinhle are doing for their daughter Kairo Forbes. The rents are both in the top 10 of the Music In Africa chart and if that is not a complete and well-deserved, we don’t know what it is. 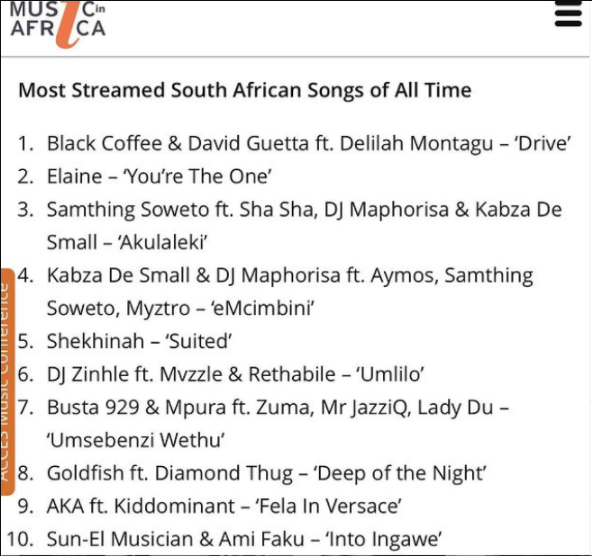 These were some of the reactions to AKA’s flex:

“Is AKA also bragging about Zinhle? 👀👀👀 …mmm. Anyway congratulations to Kairo’s parents 👏. She’s definitely the softest child of them all”

A few weeks ago, AKA and rising star Costa Titch recently dropped their joint collaborative album and the responses have been mainly positive. The Supamega was recently on YFM to chat about their latest offering with DJ Ankletap. He addressed some of the burning questions.

“The first music that people wanted to hear from me was after I went through all my stuff this year and whatever you know. People probably wanted to hear me talk about all that stuff but I felt like yo – summer is back!” Explained AKA.