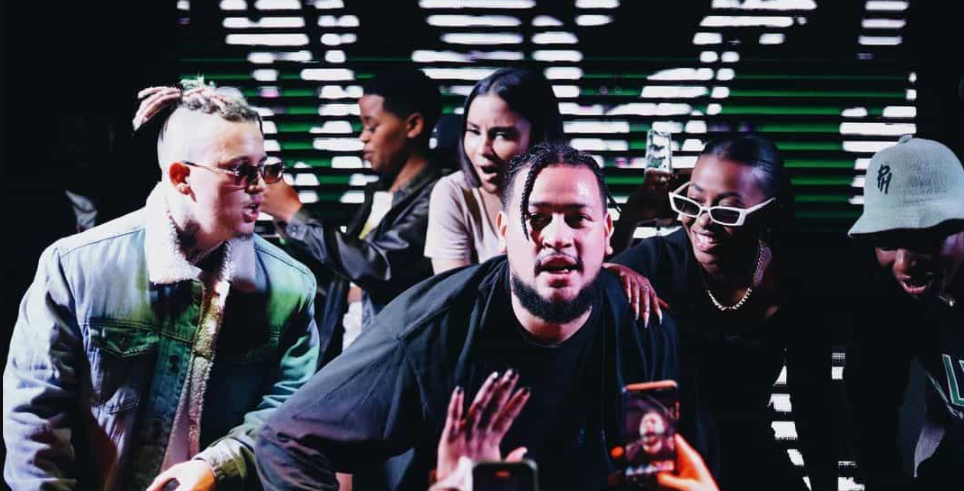 It’s been a busy week for AKA. The rapper has dropped his new track titled Big Deal with Costa Tich and it’s already topping the charts. This afternoon, he has announced his show alongside rising star Costa Titch. It’s taking place tomorrow evening at Propaganda in Pretoria and will be his first official show since the untimely passing of his fiancée Nellie Tembe.

His fans took to the comment section to express their excitement at the news. He has made a few guest appearances in some shows last month but nothing that was his own.

In July 2021, the Supamega announced that he would be continuing his partnership with Vodka brand, Cruz. The came after he announced that he’d be taking a break from his partnerships to allow himself to mourn months prior.
During his high profile interview with Thembekile Mrototo on YouTube about the night Nellie died, the musician said that feels like his whole life has been pulled from underneath him.

“I’m in a state of grief. Sadness. For me, Anele was and still is my wife. I find it very hard to get up in the mornings and make it through the day. I’m in grieving and I’m in the morning

“There’s so much going on and it’s hard for me to find the time and the peace to mourn and to grief. My thoughts are also with her family. It’s not just my loss. It’s their loss as well. With my family, it’s been very very difficult for us as well because at the end of the day we were going to become one family.

“And I feel like all that potential and my whole life has been pulled out from underneath me. I never wanted to lay things bare. I never wanted to be in this position and have to explain. I just wanted to mourn and grieve. I think the events of the last month have really put me in a position where I now need to tell the truth. And I need to speak and my voice needs to be heard. Because people want to know from me what my explanations or my answers to their questions are.” Said the rapper.

Answering a question about the nature of their relationship, AKA said that he treated her like gold.

“But I know that what I am not is an abuser. I am not someone who would abuse Anele, I treated her like gold. She was my everything and still remains my everything. I would wake up every single day thinking how happy could I make this person,” he responded in part.