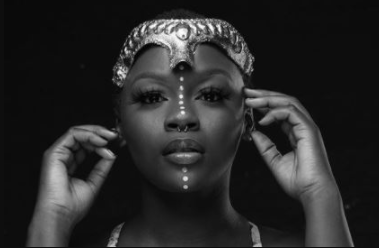 Ever since Amanda Black dropped her album Mnyama, sis has dropping some pearls of wisdom that she has also started feeling like she may be sounding like a broken record but sis does not care to be honest.

She took to Twitter to express her frustration. She said, “Things are definitely changing, but certainly not any better for black humans. Its getting worse. Getting more and more ripped away from ourselves. Who are we? The revolution starts inside, If any one tells you any different they are misleading you. It begins inside of you.

“The seat at the table IS a seat in the system, to uphold it, to protect it even against yourself and those like you. A seat at the table is a muzzle to keep the rest of “you” at bay to be disillusioned to thinking things are changing.

“There’s too many things to deal with. So start with yourself. Anything outside yourself will reveal its plan only when you’ve worked on yourself. Take time for your wellbeing. You need you. Your people need you. Your family needs you. Heal You. Be Aware of You”

“We need to go back to ourselves. Ubuntu is who We are and have always been. A desensitised people, who don’t remember who they are, their value, their power, and intellect are easy to control, using fear, hunger, poverty, division. Vuka”

Amanda is not just vocal about this that matter to her, a few days ago she showed us just the type of person she is when she became one of the celebrities who have called for #justiceForNosicelo.

The 23-year-old Nosicelo was reportedly murdered by her boyfriend earlier this week.

According to Women For Change SA, Nosicelo was a final year student at the University of Fort Hare.

The organization shared the details of her death on Instagram with a post that read: “Fly high, Queen💔 Nosicelo, 23 was killed by her boyfriend on the 17th August in East London, Eastern Cape. She was a LLB final year student at Fort Hare.”

Women For Change SA revealed that the 25-year-old suspect was found at his flat and immediately arrested.

“+Trigger Warning +He chopped her body parts and placed them into suitcases and plastic bags. He allegedly went to dump her body at the entrance of a nearby flat from where he lives. SAPS were busy patrolling the area when they found a suitcase with the body of a 23-year-old female.

“Next to it was a black bag with other body parts of the deceased. While at the scene, police received information that a 25-year-old suspect believed to be linked to the murder was found and immediately arrested in his flat. SAPS found the head and hands of the deceased inside of his cupboard.”

The organization is pleading with people to sign a petition to end gender-based violence.

“It is alleged that the suspect and Nosicelo had a fight on Tuesday night, 17th August 2021 in his room before he murdered her. It is also alleged that when he was beating her, Nosicelo was screaming and crying for help. Why did nobody intervene (housemates, neighbours)?