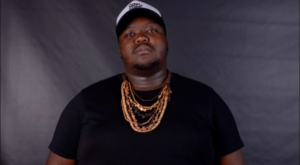 When the pioneers of Amapiano said they want to take Amapiano to the world, they did not expect for the world to ‘steal’ their hard work. American songstress by the name of Jorja Smith teased her new “Amapiano” single produced by Guilty Beatz and it is called All Of This.

Whilst some South Africans are on the fence about the single saying it does not sound like your typical Amapiano song, some could not help but recognise the comparison to Heavy K’s Easy To Love.

Jorja’s song is said to be a slower version of Heavy K’s Easy To Love featuring Bucie. This has sent Tweeps on a frenzy and they are angered by the lack of acknowledgement by Jorja and her producer. “Give credit where it’s due!” is what the timeline is fighting for and Heavy K is fuming.

Not only does the song apparently sound like a replica of Heavy K’s Easy To Love, but fans are also trying to figure out what makes the song a Piano when it gives off House Music vibes.

Have a listen and be the judge.

Piano to the world
All Of This out now @GuiltyBeatz https://t.co/oLkNv6N0Ki pic.twitter.com/Z2yzablnxI

Another issue raised is the fact that she wrote “Piano to the world” which makes it seem as though SHE is the one taking the genre overseas.

Dear South Africa , for the first time in my life, I’m asking you guys to park here. https://t.co/AwWstaqjGn

He did commend the vocals though, “A touch from Kabza De Small ,De Mthuda or Abidoza woulda sent this through the roof. Vocals are fire doe! Piano to the world!!!!”

Tweeps are enraged and want Heavy K to sue!

if guilty beatz hasn't paid royalties to heavy k (who i think remixed that beat from someone else but i could be wrong), then that's a problem. but when we talk about "south african artists and producers need to be consulted), we shouldn't pretend like our own house is in order

Heavy K must sue you! https://t.co/ltzt5pvHkC

Someone should tell her it’s not Amapiano…. In fact it sounds like a sampled house beat by Heavy K. https://t.co/C7IFPg381E

forget about easy to love and theft what what. haibo somebody tell her to come to South Africa to hear what is amapioano, ai thina asilaz elinje piano pic.twitter.com/W4p5OQR1F5

THEY CANNOT AND THEY WILL NOT DO THE DRUMBOSS LIKE THAT.

Song theft and plagiarism is nothing new in the industry. This incident of “song theft” is similar to DJ Lag’s case where American DJ and radio presenter DJ Megan Ryte, stole his 2016 song Ice Drop and made a remake called Culture.

Megan features music icon Will.i.am who apologised on her behalf and said it was not her fault. I’m here to clarify the situation between the song Culture and Drop ice by DJ Lag. First I want to take the time to apologise to Megan Ryte from the bottom of my heart. Megan, I’m truly sorry for putting you in this situation and I want everyone to know Megan does not deserve the hate you are throwing at her, because Megan didn’t do anything wrong,” he said on IG

“The person that’s at fault is myself. When the song was turned in, I turned in the credit information to Megan and I obviously got the credit information wrong. When I realised I made a mistake I tried to fix it and that point in time it was already too late, so I apologise to DJ Lag. DJ Lag you are an awesome producer, you have an amazing future ahead of you and I’m so sorry for getting the information wrong,” said Will.i.am.

Megan had deleted the song on IG and YouTube after receiving heaps of backlash.

Nonku Celebrates Her Birthday In Style