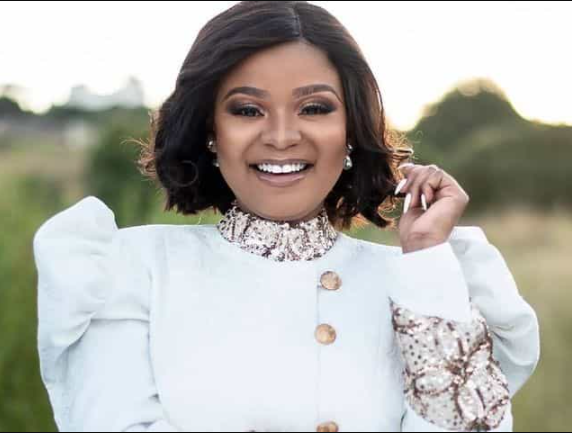 South African television fans should be excited to know that Amo Chidi is returning to television following a two-year break. The former Rhythm City actress took to social media to share the exciting news with her fans. She revealed that the new show, which will be airing on Mzansi Magic, will be her funniest ever. She added that will be sharing more details about the show soon. In the trailer of the movie titled Mjolo Ke Scam, it stated that the film will be airing this Saturday on Mzansi Magic.

Chidi, who’s popular for her role as Reneilwe on the e.tv telenovela shocked many when she announced her exit from the show following an eight-year journey.

Thanking her fans and the production team, Chidi said that it was a bittersweet moment.“It’s been a great honour to have shared the past 8 years of my career with an excellent cast and crew. It is bittersweet to say goodbye; you will be greatly missed.”

“Thank you to my fans for the unwavering support. As I humbly begin the next chapter of my career. I’d like to wish my Rhythm City family continued success.”
Back in May she finally showed off her partner to her followers. The two were out on baecation in the town of Hoedspruit in the Limpopo province. The last time Amo had opened up about her bae was in 2020 in a social media post that has since been deleted.

On Mother’s Day, she also introduced her beloved mother to her followers – penning a heartfelt message to the woman who gave birth to her. “To my dearest MOM. The strongest, kindest most caring woman I know. I’d like to take this moment to thank you for making me the God-fearing woman and mother I am today.” She said.

“Because of you, I couldn’t wait to be a mom and share the wisdom and love you have so effortlessly given to me and ALL YOUR beautiful children.”

Amo, who attributed all her success to her strong mother and also added that a social media caption is not enough for her express how much her mother means to her. “I am imperfect in every way but you know just know how to make EVERYTHING bright. A caption is not enough to express my gratitude but above all I pray to be just like YOU MOM, to take on life with Grace, Class and a radiant SMILE. I am because YOU ARE.”

Manaka And Her Son Are Out Of Danger