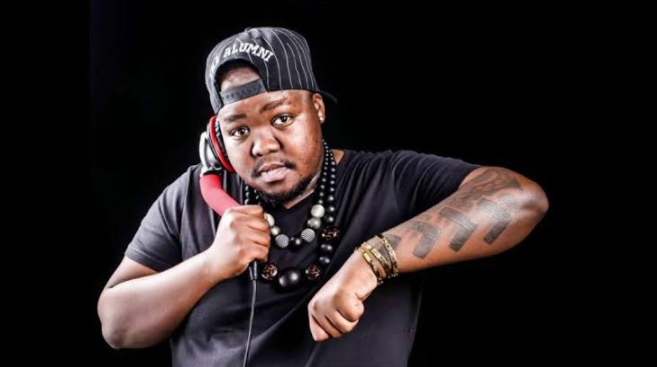 Congratulations are in order for the award-winning DJ and music producer Heavy K. The drum boss announced today that he has welcomed another baby boy.

“Talking about Blessings on Blessings,” he wrote on Instagram. Heavy K also shared that he will be releasing a new single titled Indonga.

The DJ also shared that he has wrapped up his new album, “…10 Years Of Heavy-K” Album is done, just secured 2 international remixes with Major artists, 3 sync deals, last not least God has trusted me yet again with another lil boy,” he wrote.

Fans and other celebrities including Prince Kaybee and Busiswa have since taken to the comments section to congratulate Heavy K and his partner on their new additional member to the family.

Heavy K was blessed with his firstborn Khusta Jnr Juju Siqula back in 2021. Baby Khusta was diagnosed with cerebral palsy. Opening up about his condition on Instagram, Heavy K said he was born prematurely and he needed oxygen, “unfortunately due to negligence of the nurses or nurse he wasn’t given enough oxygen that led to part of his brain being damaged! So his diagnosed with Cerebral Palsy but I’m doing everything in my power to make sure he becomes the best version of himself. God bless you boy & I love you” he wrote on Instagram celebrating his baby’s 3rd birthday.

He added that the birth of his son brought him an utmost joy, “This little man brings nothing but the best out of me! I remember 3 years ago on this day being the happiest on earth if only I knew I was gonna loose my mother the next day!”

In 2018, Heavy K tried to raise R2 Million for his son’s treatment. He also opened up to SowetanLive about his journey as a dad raising a son with special needs.

“Being a dad has been and still is amazing. It was unfortunate that our firstborn did not get enough oxygen when he was born, which damaged his brain and affected his ability to move. That part is challenging, but at the same time, I believe that God doesn’t make a mistake. My son is not a burden. With him, God is testing my trust in him.”

He told the publication that he is going to work hard to make sure that his son gets the best life possible, “As a father to a special child, it is all in my hands. There are a lot of potential treatments that can be done to help him be the best version of himself.”