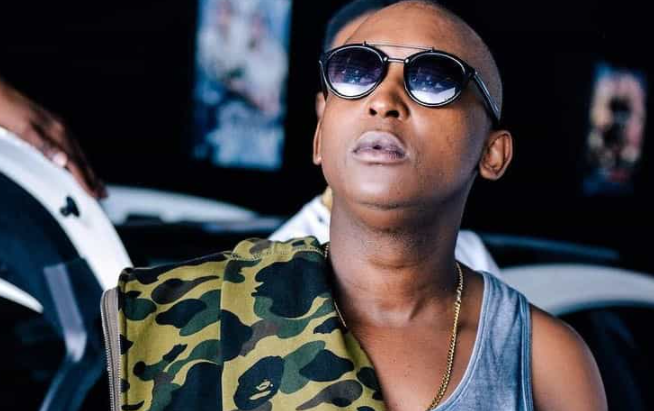 When asked if he is still cool with Bongani Fassie he said that he can go suck it as he almost landed in jail for him.

“We work there right? It’s your studio, it’s your equipment, right? One day he calls me to come and help him because he is moving.

“I’m moving to another spot. Me and Lance are fighting. Come and help me take my equipment to my other spot. I pull up there. Take the equipment and go to the other spot. Next thing when Lance pulls up, he said that we stole his stuff.” Recalled Maggz.

“Now I was out there and I was facing fifteen years. I was going to court for like two years’ boy. Another thing that like pissed me off. I was okay because we were going through the emotions at the time you know.”

Something that hasn’t set well with the rapper is the fact that he started switching on him even though he put his freedom on the line for their friendship.

“What pissed me off is that later on, the homie just started switching on us. It was the three of us. Me and this girl Tessa. There was three of us who were charged. Lance obviously gunned for us because we were closest to Bongz at the time. He was using us for him to feel it.” He explains.

“Now we are going to court and I’m bleeding money. Do you know how expensive lawyers are? And it’s reprimand after reprimand. You know how this thing goes and we’re going through it and I’m there with tough criminals. Do you know that jail under the court? I was there.”

The rapper says that he wasn’t happy with the way that Bongz handled the whole situation – he felt that Bongz was being selfish.

“So after that, obviously it was a sour situation. Because of how he was handling things and we couldn’t find the homie and we’ve got court days and we supposed to coordinate because we’ve got the same defence and he wasn’t playing ball. And I was like you know what? The homie is being selfish right now.”

The charges were dropped against Maggz after he spoke to Lance directly. He adds that the only reason he didn’t snitch on Bongani is that he is a rapper.

“It was a tough thing to go through because I felt betrayed as a friend. And another thing, because I’m a rapper right? No snitch. So the time the cops picked us up. What happened is abo Bongz base Kalawa recording right? So I left during the day around two because I was tired. After all, we were recording the whole night. I went to one of my homies’ place in Bryanston.

“Oscar’s brother calls asking for the keys to the studio. Because abo Bongz and them were working the whole time, I decided to take the keys to the studio for them. Once we get there, the cops are out there. They treated us like some tops criminals. So when we got there to the spot I saw cops coming out of bushes and guns in my face. They asked him where Bongani was but he wasn’t going to snitch on him even though he knew where he was.” Revealed the musician in part.

AKA Breaks Silence On That Thando Situation