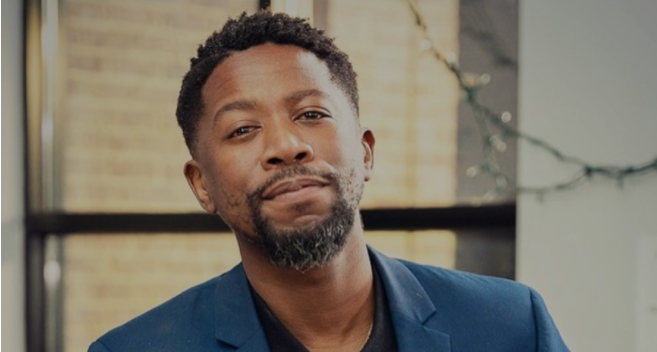 International actor Atandwa Kani was not ready for the replies he got on Monday morning after returning to Twitter to set the record straight about a rumour that has been doing the rounds.

This past weekend, Mzansi has been celebrating after claims that the Love By Chance lead actor has been cast to play the Black Panther. The Marvel Studios film is slated to return to the big screen for a sequel and with the unfortunate passing of the original Black Panther, Chadwick Boseman, fans have been waiting with bated breath to find out who will be cast to take over this role.

Chadwick, who brought the fictitious character T’Challa to life from the famous movie Black Panther, succumbed to a 4-year battle with colon cancer in August last year. His social media account confirmed the news and had said the actor learned in 2016 that he had Stage 3 colon cancer, which had then progressed to Stage 4. His peaceful departure happened at the presence of his wife and family at his home.

His passing sent shockwaves across the world, with Mzansi stars also paying tribute to him. Atandwa honoured his memory by getting inked and posted a video of his masterpiece with the caption, “Rest in peace King.” His father, John Kani who portrayed the character of an older King T’Chaka also paid homage to the late star at the time.

With the shooting of the second installment of the movie currently underway, mzansi is convinced that Atandwa will be taking over the role of T’Challa from his previous role of the younger King T’Chaka, especially because many refer to him as Chadwick’s doppelganger.

However, the award-winning actor has debunked these claims. He took to his Twitter to explain that he had not been contacted by the executives of the film about such news.

“HOLD ON!!! I have NOT been cast as the new black Panther. I don’t know where this rumor came from, but I know nothing of this,” he wrote in a tweet.

HOLD ON!!! I have NOT been cast as the new black Panther. I don’t know where this rumor came from, but I know nothing of this.

But, as Black Twitter would have it, this fell on deaf ears – or should we say blind eyes? Tweeps were not interested in Atandwa’s revelation and outright told him that if they say he is the Black Panther, then he is exactly that. Tweeps were not about to be disappointed on a Monday morning. Nope! Not them.

These were some of the reactions:

@JanVanPotgieter: “Yeka amanga! [Stop with the lies!] You are in Atlanta shooting Black Panther.”

@RebzzyRebz: “I cannot think of someone better.. You would be perfect for the role, so Marvel must just do the right thing ke..”

@lesego_great: “Athandwa, we as a country took an executive decision that you’re black panther and we’re happy with that. So congratulations.”

Yeka amanga! You are in Atlanta shooting Black Panther. pic.twitter.com/RDEic290us

I cannot think of someone better.. You would be perfect for the role, so Marvel must just do the right thing ke..

Athandwa, we as a country took an executive decision that you're black panther and we're happy with that. So congratulations.

While it isn’t clear who the source of the rumour is, a fan claimed that they aware informed by entertainment commentator, Phil Mphela. However, Phil moved swiftly to rubbish these claims. He made it clear that he does not report on news he cannot verify.

I did no such thing.

I have no Casting News about @AtandwaKani taking over the Black Panther role.

I even ignored the post izolo. If I can’t verify it with multiple sources, I don’t post or engage. https://t.co/FGtmnaMAGF