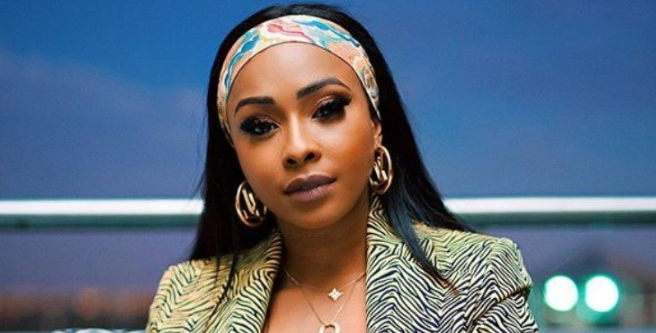 More on Boity Thulo’s assault ordeal which left her face bruised and bloodied. The Ba Kae rapper has been trending since this morning, as the assault case gains even more traction. An audio clip of their altercation got leaked today and it is a cringefest.

In the audio recording which has been leaked by various media outlets, Boity and Bujy Bikwa, the alleged assaulter, can be heard having a verbal altercation which turned physical.

The two were invited to Huawei’s Nova8 cellphone launch but never took place. Their fight occurred at a hotel called Courtyard Hotel, after a dinner which was hosted by the Huawei team. This according to sources who told The Citizen.

Apparently Boity got into it with other people at the event before she initially fought with Bujy. He stepped in to try and calm Boity Thulo but they had a fight of their own.

In the viral clip shared, Boity and Bujy can be heard hurling insults at each other with the flamboyant socialite saying Boity’s ancestors are fake, and the other saying Bujy is a nobody.

“Is this how weak you are? With such aggressiveness?” said Bujy to the Ba Kae rapper. Then in response to that, Boity asks why is he even at the event because nobody knows who he is. “I’m a bigger person than him, everyone thinks he’s like… no one. No one know who he is,” insulted Boity. “He’s like a nobody, every time he shows up anywhere…Why is this guy even around?” she continues.

Bujy then continued to insult Boity’s ancestors saying she did a fake initiation and called her a liar. That was when he insulted her mother with a very vulgar word. “This is still okay. Let’s see where your career goes!” shouted Boity.

The witnesses can be heard shouting no after Bujy apparently poured a liquid on Boity, which judging from the pictures could have been red wine. He promises to do it again.

The moment which shook everyone was when Bujy started threatening to f**k up Boity. He said this because Boity said, “You’re just a fat f**k baby. Nobody knows who the f**k you are.” To which Bujy said, “…everybody is gonna know who the f**k I am after I f**k Boity up.”

That is when the glass shatters can be heard, followed by screams, and more “NO’s” from witnesses.

PART 2 – Audio of the moment that Boity Thulo got injured in her physical altercation with Bujy Bikwa at the Courtyard Hotel in Midrand last week: pic.twitter.com/IaMsh3ssjL

Tweeps are heartbroken for Boity, but what angers them the most is how Boity’s “friends” are just saying ‘NO’ and not attempting to drag Boity away from Bujy. Here are some of the reactions:

I hope Boity re-evaluates those friends. All of them. The one recording cannot be trusted at all.

Content will end us.. Those "friends literally sat there and kept on saying nooooo while Bujy was insulting Boity".. Boity needs better friends.. Bujy must be dealt with….PERIODT!!! https://t.co/5PuEAnTzTH

Boity is at home healing her wounds and is seeking medical help to cover up her scars. On social media she posts flowers she has received from the brands she works with and posted an image of her saying she is resetting.

“It is with deep sadness to state that I was indeed an unfortunate victim of a vicious physical assault and I have since opened a case against the culprit, which I am following with a keen interest. I do not wish to comment on the matter any further (at this time).

“I respectfully request some space as I try to find a way to heal both physically and emotionally from this traumatic experience. I have all the faith in our Criminal Justice System and implore everyone to stand firmly against GBV.”