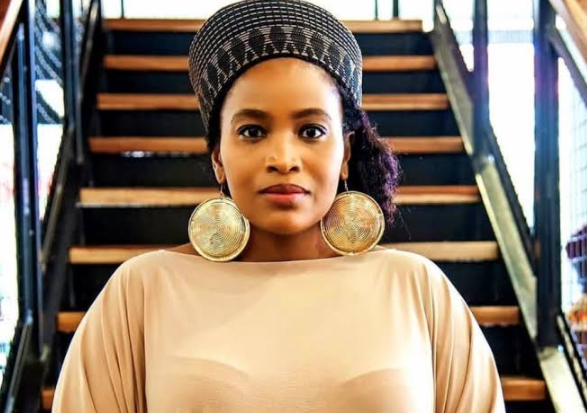 Actress and producer Ayanda Borotho’s comments about Smeg did not sit well with some of her followers.

The former Isibaya star recently took to Instagram to flex about her book.

“Not all of us flex with Smeg appliances in the background of every kitchen pic🤣,” she wrote

She said it baffles her all the time how people always flex with Smeg appliances on their pictures, she said it also reminds her of the time when people used to pose next to bushes and holding branches or leaves.

Ayanda revealed that she does not have Smeg appliances in her house because she wouldn’t pay that much for a kettle.

“You are very entitled to spend your money where you want)…BUT AS FOR ME…if I’m going to buy a kettle for that much, it had better make that tea and bring it to me on a try and take itself back to the kitchen🤣🤣🤣 What kind of water does it boil kanti????? 🤣🤣🤣”

“The world had better stop playing mind games with us. A whole toaster for R10k? Ungafa. Not in my name shem🤣🤣🤣Thina we pose with our own books. Read that again. Siyeka ukudlala oSmeg la.🙈” she added.

Some fans caught the heat, however, a few other celebrities and fans seemed to be agreeing with her.

Comedian Thenjiwe Moseley responded: “I thought I was the only one who noticed how the Smeg kettle and toaster moves to the kitchen corner where the photo is taken every time 🤣🤣🤣 bayajabula abelungu ave benama free influencer in South Africa 🤣🤣🤣”

Dominate_n: “You are bitter!!🤣 Flex with your books and don’t mention what others are doing if it doesn’t bother you! Thina we flex nge smeg in the background coz we know how hard we worked to buy it,

“It by no way means we don’t have better things to pose with. For example our MBA degree certificates, our bank statements, etc. Stay in your lane sisi”

Ayanda realized that her comments may have offended some fans, She then posted a video saying: “Me when the nation of kettles and toasters comes for me🤣🤣🤣🤣🤣🤣 It’s not that deep guys I promise🙈 Nceseni hle🙏🏾 Ay’khale! Yey! 🤦🏾‍♀️”

She continued to say that people’s comments had nothing to do with what she said.

“A nerve was touched and it has nothing to do with kettles and toasters. You see people meet you at their own level of brokenness or healing.