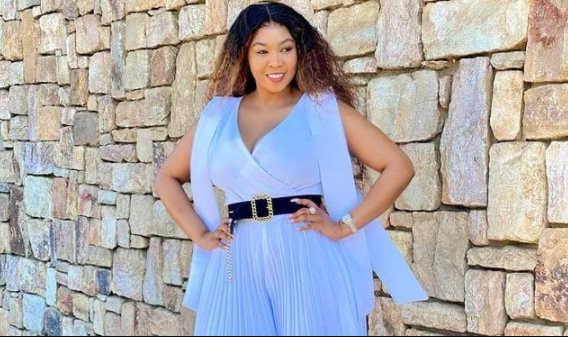 Two months ago, it was revealed that Ayanda Ncwane is ready to call it quits and leave the Real Housewives Of Durban reality show. According to reports, she felt the show belittles her late husband, Sfiso Ncwane’s legacy so she had to leave in order to preserve it.

Now, coming from the horses mouth, the successful music executive has finally revealed the real reason she exited the show. Speaking to Daily Sun, Ayanda Ncwane has revealed that she has built a very big brand for herself, and that just being associated with RHOD, reduces her to just being a housewife. “I have built my brand and my brand is so big and high for me to be just associated with the show,” she told the publication.

She came across a headline which only associated her with the show, which made her extremely mad because her brand is bigger than that.

She then threw shade at the reality show and called it “small” – implying that she way bigger than that.

When the show first premiered, the very first explosive episode saw Ayanda Ncwane being given attitude by Nonku Williams, who then introduced herself as Sfiso Ncwane’s baby mama. “I know about you, but you don’t know about me,” were the words uttered by Nonku, before making the big revelation.

This made the show centre around Nonku Williams and Ayanda Ncwane, having been involved with the same man. It’s as almost as if the show wanted to create drama and have people talking about the trio.

Viewers too were convinced that there is drama and beef but her brother Phupho said there isn’t.

“Yall love drama. Ayanda got saved and became a Christian hence she broke up with Sfiso because she couldn’t jola as a Christian. Then during that time Sfiso and Nonku dated and had a kid. Then a couple of months down the line Sfiso also got saved and married Ayanda.”

“So there really is no ‘history’ between Ayanda and Nonku, no one got cheated on so maybe drop the narrative you’ve created in your head.”

When news broke that she has grown fed up with the show, a source approached the media and said, “She feels like the show doesn’t respect her hubby’s legacy, which is something she has been trying to preserve,” a source told Sunday World. “She carries the show, they are going to have to find someone as strong and as interesting as her brand,” it added.

At the time, Ayanda was not ready to talk about this, Ncwane simply said, “I would rather not comment about this.”

Ayanda is not the only woman leaving the show. Kgomotso Dungane told TrueLove Magazine that she had wanted to stay for only 1 season.

“The season has come to an end and everyone is leaving to continue with other commitments. It was great to be part of the show, meeting all the ladies and the production team as a whole. It’s been a great experience. The plan for me was always to do one season and move on to something else,” she said.

“I wasn’t aware of black Twitter, I knew Twitter as a business platform … so when I saw these things, I was in absolute shock and my family and friends tried to stop me from reading the stuff,” she opened up to TshisaLive.

DJ Zinhle Is Back At It!