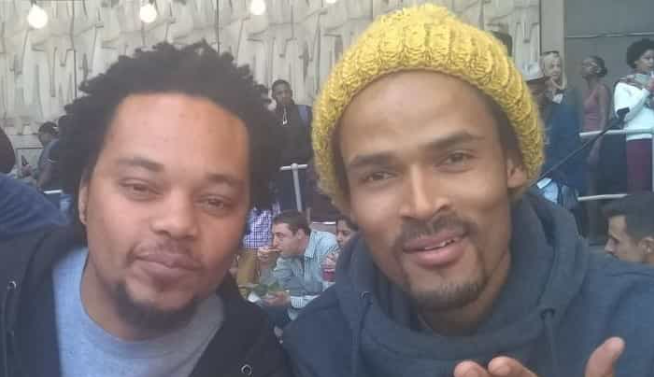 Fans of Skeem Saam should be excited to know that Bongani Masondo, popularly known as Babymaker will be returning to the drama this week, Friday 23 July 2021, after disappearing from our screens for almost seven years. He’ll be appearing at Leeto’s divorce party taking place at Café Rovuwa. Leeto has been trending on social media after telling Lehasa Maphosa that he would like to celebrate being a free man at his restaurant. One would rarely hear about someone celebrating a divorce.

If you’ve been following Skeem Saam from its early days you would remember that Mangaliso is Lelo Mthiyane’s baby daddy who ran away from his fatherly duties. He was at a point involved in a serious relationship with Elizabeth Thobakgale, which many considered toxic – especially Lizzy’s mother. Will he be coming back to sweep her off her feet? We will have to wait and see.

Speaking about Lizzy, the actress who brought her to life – Amanda Manku took to Instagram to share some of the joys of being a mother with her followers. While she was trying to take some snaps for the gram, her two adorable children kept on photobombing her snaps. “I was trying to be cool, mara my rascals didn’t let me. – Be a mom, it’s fun, they said!’ – shared Amanda.

Excited about Mangaliso’s return? Well, this is not all. The new season of the soapie will see two new faces come to the fold. Renowned actress, Fundi Zwane is set to star as Nandi, Sifiso’s wife. She is described as a strong woman in her early 40s who’s a stay at home mom and takes her rightful place as a committed mother and respectful wife. Born and bred in a tranquil village in Richard’s Bay, she has never found the fast-paced big city life appealing to her. Although she has not told her husband about it, she has always been low-key jealous of Sifiso and Mantuli’s close relationship. She will be making her onscreen debut in the drama on the 27th of July.

Another popular actor joining the super talented Mpho Molepo – known as Fats on Rhythm City – will be playing the now recast character Jazzy T. A popular DJ in Johannesburg and a very good friend of Leeto from his days as a playboy.

A character we might be seeing less of in this new season is Cedric Fourie’s Lehasa Maphosa who has bagged a new role as a heartthrob doctor on Durban Gen. He stars as Dr Mthembu, a persistent, charming and of course arrogant surgeon who loves a challenge.

Catch Skeem Saam on weekdays at 18h30 on SABC. New episodes are also available to stream at 19h00 on Viu Sout Africa.

Caster And Wife Expecting Baby No 2