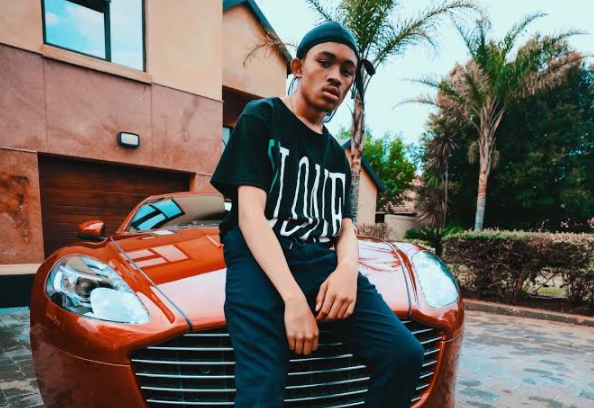 The Big Hash released an official statement detailing what went down between him and Innanetwav.

The rapper said all was good in the beginning but he started to feel some type of way and wanted to leave.

“I felt under-appreciated; like I wasn’t being taken seriously, and I wanted to be independent.”

He said things started going downhill when he tried to split with the stable.

“In the spring of 2020, I was assisted by Tailor Made Consultants and M3NA Media to mutually separate from the label. All of this changed when details of their dealings became known to me. While signed to Innanetwav.

” I was being manipulated and exploited by people whom I considered family. A six-figure deal was signed, using my power of attorney, without total disclosure of the details, money and financial records related to my name and music were being withheld from me,”

Big Hash said the record label went beyond measures to slow his career down. He said even after he had already parted ways with them, they still tried to sabotage him.

“We informed Innanetwav. of various breaches and the subsequent desire to terminate. When they didn’t clear up the breaches according to protocols a strong-arming they dictated in my deal, we concluded the contract to be terminated. I was free, fair, and square, I thought. This hasn’t stopped them from trying to slow my career down though.

“The money they’ve illegitimately withheld from me wasn’t enough for them. When I released “Peace Of Mind” independently, they issued takedowns to the DSPs under false pretenses. As a result, I’m not able to release the art I put all my time and effort into without their harassment, strong arming, and fraudulence flushing it down the drain,” the statement read.

Big Hash said he has no regrets, he said he learned a lot from this experience, and going forward he wants to work hard and achieve more for himself.

“I want to come back harder and stronger than I was, with no one stopping me from claiming my destiny. I really still love what I do, I wouldn’t have it any other way. I’ve made plenty of mistakes, but the biggest one I could have ever made was to see what I’ve accomplished and think I didn’t want to achieve more.

“This journey has been a tough one and it’s only going to be an uphill battle from here, as I’ve decided to pursue legal action against Innanetwav,” he concluded.

Donovan And His Wife Welcome Their First Child