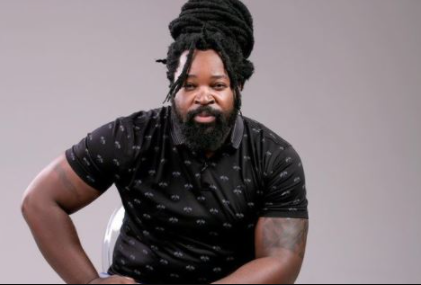 Hip Hop artist, songwriter and actor Big Zulu has finally dropped his long awaited album Ichwane Lenyoka and Inkabi Nation is in for a treat.

The album is a 20 track album that has all of Big Zulu’s hit songs that had Mzansi wishing they had money with Imali Eningi but also then recognizing that poverty is real through his song with Mduduzi Ncube Inhlupheko, it was hard to choose a struggle with this talented artist.

Big Zulu is curently trending on Twitter as many of his fans celebrate the many beautiful gems the album has. These were some of the reactions:

“Big Zulu’ album is what an album should sound like, it’s complete and crisp. It isn’t for hype lovers it’s for music lovers. I hope artists are taking notes”

One song we know will be a hit is the song, Ubaba Ulala Nami, loosely translated ‘Daddy is sleeping with me’. The song is basically sang through the eyes of a girl child that is telling their mother that their father is sleeping with them. She is pleading with her mom to help get her father arrested seeing that she she has now become a married woman when she is not.

This child has now passed on and is saying that her father killed her while she was pleading with him not to rape her. She died through the hands of a man that is living freely and was let go after getting arrested because the police said there is no evidence of how she was killed. She is wondering what evidence these cops want because her death is evidence enough. She was found with her legs wide open, he did not even bother to make sure her body was found in a decent condition.

She then says there’s a lot of women that died through the hands of a careless man. The police laugh at them and they do nothing to get justice for them.

The album is currently sitting at number three on iTunes and it is climbing very fast.

Big Zulu also has a track with the late Linda Mkhize Prokid who passed on in 2018 after suffering a severe seizure whilst visiting friends.

Pro fans are loving this track and are happy that Pro was honoured on the album. If we did not know any better, we would say Pro recorded his verse when the coronavirus had already started because Big Zulu mentions the rona in one of his verses.

Zakwe is one other artist that is evidently suporting Big Zulu folliwng his drop. He took to Instagram to sahre his excitement.

Jub Jub Confronted By A Polygamist