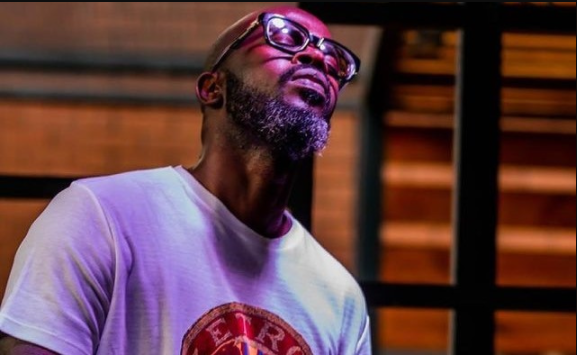 Black Coffee has found himself getting dragged on social media after he shaded his former BFF Zakes Bantwini’s new unreleased track Osama. The song received rave reviews after he performed it at Kunye and was already dubbed the song of the year.

Black Coffee did acknowledge the song and said it is a fire tune, but during a conversation with his followers, revealed that he prefers the original version instead of Zakes Bantwini’s version.

Yesterday we reported that social media users did not take his actions very kindly as they thought he was being very petty towards his former friend. Many thought they are still beefing and concluded that their friendship ended very badly.

However, after receiving backlash, he set the record straight on the status of their friendship. Zakes and Coffee has their fair share of misunderstandings so this caused a rift between them. Coffee said, “No there’s no conflict, we had our differences and both agreed not to have a working relationship anymore.”

But does this mean their friendship is over or they just do not want to work with each other anymore? Well he did clarify that he meant no shade when he said he preferred the original song.

He said even though he likes the song, that does not mean he would add it to his sets whenever he performs.

Yeah my musical reputation is based on what I like,It's always been like that and also not all songs I like belong on my sets but last I said in my initial tweet Osama is a fire tune.

He also clarified that it’s all love from his side. In a separate tweet he clarified that people in the industry need support and when something like this happens he cannot keep quiet. Implying that the original creators of the song also need recognition, “We all doing our best to support each other and they don’t have a voice to cry out when such happens and I unfortunately can’t keep quiet someone has to say something. This particular song isn’t even out yet it’s just been played by DJ’s exclusively and now it’s here.”

He then said he will not respond to the negativity he will just let people talk as they have been doing so for some time now.

People got quite emotional the last time so this time I'll let them judge.Look It's all love over here but the sad thing is,we have a community of young producers that are also dependent on this and are trying their best to stay afloat with a genre that isn't main stream.

Zakes had previously addressed the bad blood between Black Coffee saying they are not beefing but they are fine, or rather civil with each other. Fans also noticed how he was excluded from his birthday party last year but Zakes said there was an invitation problem. He refused to speak more inadeptly about their relationship.

Did Mihlali Get Lip Fillers?