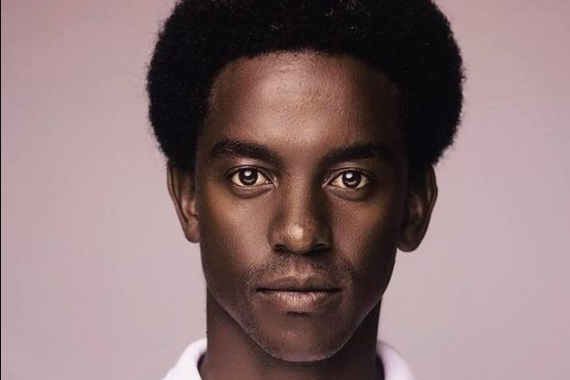 Talented South African actor Thabo Malema has joined Muvhango. The exciting news was shared by the soapie on their social media pages.

Thabo Malema recently won the hearts of fans when he starred as Bohang in e.TV’S popular drama Scandal!

Malema expressed in an interview with Daily Sun, he expressed that playing the role of Bohang was exciting for him even though his character had a love and hate relationship with the audience.

“Playing Bohang has been incredible and I’m enjoying every minute of it. The show’s viewers have been showing me love and I appreciate them. My character brings a new dimension to the show because it portrays someone’s reality somewhere. The storyline is educational and edgy. I love what I do and I appreciate that people see my passion.”

Chatting to the Citizen in a Q&A session, the actor described Bohang as pretentious, abusive and vindictive:

“Bohang is a wolf in sheep’s clothing, a master at hiding his true intentions, a true emotional manipulator and that’s far from who I am as Thabo Malema. Bohang is a jealous ticking time bomb. I do however appreciate the lessons coming from this storyline, our country has been facing the biggest issue around gender-based violence GBV and I do feel this particular storyline will teach and open people’s eyes to an abuser mindset.”

“The local industry, I believe, has not obviously been around for as long as Hollywood and other film industries have been. It’s still early days but I believe it is growing at a venomous pace. There is a number of great shows we have on our channels and our screens but obviously one of the factors that differentiate the two generally tend to have insane budgets.

“Whereby, locally, budgets are limited and there’s also kind of like politics that go into getting the role. It’s kind of like sometimes demotivates one. I feel that locally, where are starting to grow gradually. We just need to weary on not looking more towards celebrities.” He said in part.

Also joining Muvhango is Botswana born actress Itseng Motsamai. This was confirmed through a press release. “The Botswana-born actress plays Itseng Motsamai, James Motsamai’s estranged sister, a beautiful, seductive but hard and gritty woman who piles her trade as a strip dancer. Imagine James’ shock and surprise at the discovery. The 26-year-old makes her debut in the show today”

The actress is excited about the new challenge that awaits her. “I am excited to work with the incredibly creative and generous cast and crew. It’s all been beyond anything I could have imagined. The love is real”