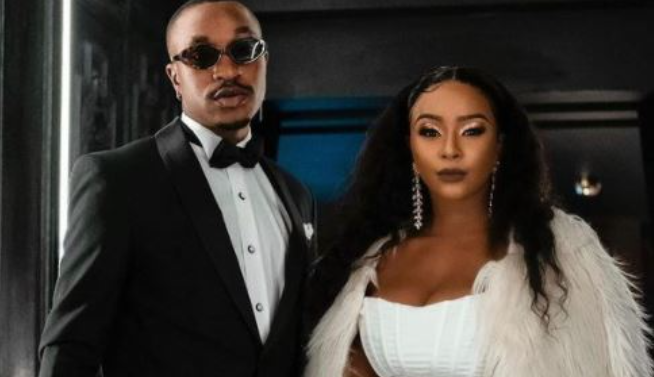 Mzansi was first introduced to Bobby Blanco on Boity’s reality show Own The Throne. He is also a creative business owner creative and a fashion designer with having just launched Bobby Blanco Clothing.

Young Prophets said that Bobby Blanco Clothing is a brand that is an expression of himself. “A brand that aims to be a platform for young people and to empower creatives”

On the show, viewers saw Boity toy with the idea of firing Bobby after numerous attempts to get him to actually do his job. Viewers were confused as to whether Blanco was lazy or just incompetent. He hardly got anything done and if he did, it was not done on time. Blanco seemed to be living the life of a rich person without forking out a cent.

Boity sponsored his every move and he was comfortable with it. Tweeps even said that he was not even ashamed. It made him seem like he was merely using Boity for her fame to also garner his own fame which we can confidently say that he succeeded judging how well everything is going for him.

After a lot of frustration from people on social media, Boity finally revealed that Blanco had been stripped of his assistant title.

No. He got fired. https://t.co/y7WDOBvNQP

It seems Blanco took every bit of opportunity that was given to him for granted that tweeps rejoiced when this was announced. He was accused of having no work ethic, to say the least. He even enjoyed going on international trips without paying a cent. He truly had the best of both worlds. He did not have to work for his money but he got it at the end of the day.

Some tweeps were however worried for season 2 saying that Blanco was the life of the show and that the show would suck without Bobby which we totally disagree with. Boity is the life of that show and she is lit on her own.

Let’s also not forget that Boity’s mother gave us life a number of times. She did not miss an opportunity to let Boity know that she pulls off Boity’s clothes better than she does and again, we agree. Modiehi Thulo is the vibe and we love her for it. We love this mother and daughter duo and we are strongly crossing our fingers for a second season of Own Your Throne. We miss them on our screens.

Boity was recently body-shamed on Twitter after a picture of her with her cellulite started circulating. The rapper has been serving heat for the longest time and she gave her haters chest pains. It came as no surprise that one Twitter troll body-shamed her so hard. Boity clapped back and we were here for it. Next time you decide to come for the queen, you better come correct.

We hope Blanco has an amazing day.