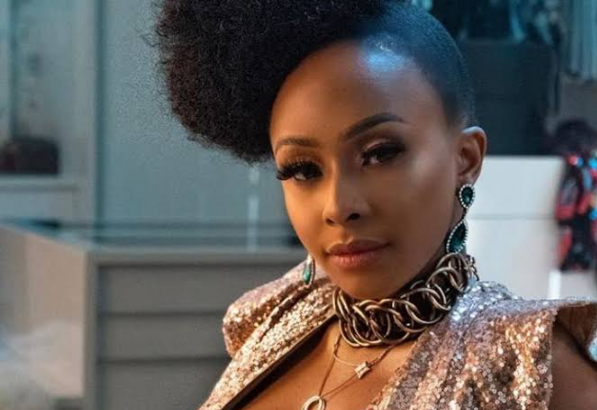 Rapper and TV personality Boitumelo ‘Boity’ Thulo was the recent guest on Lasizwe’s Drink Or Tell The Truth on YouTube yesterday.

As per usual the show did not disappoint, The pair answered a few interesting questions.

Boity opened up about how she felt when Cassper Nyovest mentioned their failed relationship in his song. She also mentioned a female rapper she would never want to work with, and what she is currently busy with in her life.

Lasizwe asked: “So Cassper mentioned you in a song that he cheated on you, how did that really make you feel?”

Boity said even though the rapper did not mention any names, it still did not sit well with her because it was clear who he was talking about.

“You wanna drag me back to 7 years ago, great!?” she asked in disbelief before continuing to explain, “It’s been so long. Obviously, I am a human being and I didn’t find out through the song, I just didn’t know that he was gonna put it in a song. I was embarrassed…

“No one wants people knowing… even though he did not mention names it’s like obviously, you could pick up that it is. Bang hurdile (they hurt me) Boity said.

She also spoke about her relationship with her EXs. The rapper said she is decent with her EXs most of the time. “Because at that point I choose you, I loved you. I don’t wanna treat you like now you are some devil. It’s like you know, I have to also take some responsibility because I was there. At the time it hurt, but we have grown up now, we are all homies now, we are good”

Lasizwe also asked Boity who was her best boyfriend between Cassper, Khaya Dlanga, and SOS.

“As a matter of fact, I will answer it and I will say because we are best friends now and we have the most fantastic friendship, I have not a single regret because it was great it was fun. Yeah, I think Khaya. Khaya is fantastic, we all love Khaya,” Boity responded.

Meanwhile, Lasizwe also explained why he believes Kudzai is a better boyfriend to her sister Khanyi Mbau than her ex Tebogo Lerole.

“I think Tebogo was more of that bambelela siya jika partner (we’re struggling now but hang in there) He was there through the hardships…Kudzi offered Khanyi the world and everything…so I would say Kudzi was top T.”