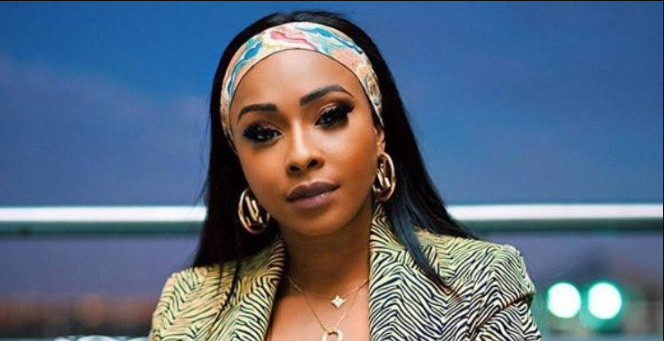 The entertainment industry has been suffering a lot of loss recently and unfortunately, some of the popular personalities have fallen victims to death hoaxes.

Weighing in on the death hoax on Twitter, Rapper and TV personality Boitumelo ‘Boity’ Thulo said it is scary and traumatic.

Ba Kae hitmaker tweeted: “No man. All this death is scary and traumatic. My anxiety is showing me flames. We’re honestly all going through way too much!”

Taking to the comments section, fans also opened up about how they have been affected by this.

Gugu said: “Dude for me it’s gotten to a point where when I have those moments of losing sleep at night I routinely go check on my Mom ukuthi she’s still around it’s a peace stealer.”

Mhayise advised Boity to focus more on herself and her well-being, “Boity I’m so sorry, please don’t focus too much on the new, focus on your blossoming career and yourself. Our mental health matters.”

@Mnyamane_M: “As spiritual beings, gifted with the vision of foresight, Are we unable to assist with vital premonitions in assisting individuals to be aware of the danger. As a healer could a lot of lives not have been saved during this period. With these Third eyes Eye Namaste! #JustCurious”

He tweeted: “Tweets and reports that Mme Lydia Mokgokoloshi has passed are FALSE. Nkoko Mantsha, as she is affectionately known to Skeem Saam fans, is alive. The FB page reporting this is NOT an SABC creates page.”
Skeem Saam also set the record straight and announced that gogo was alive and well.

2. Zola 7
“it’s nice to be dead,” said Zola 7 reacting to the rumors of his “death” after another Facebook user announced his passing.

Iamcruzafrika shared a video on Instagram proving that the legend was alive.

” Zola7 is alive and Shout to you king We love and high appreciation you so much, I mean you have done a lot for this country.”

3. Masasa Mbangeni
The actress said her mother was traumatized after she received a call stating that there was a Facebook post claiming that Masasa is no more.

She tweeted: “Got a frantic call from my mother who said she was woken up from sleep from a call from a colleague saying that in Facebook they say I’m dead from Covid because of this tweet. People don’t read for comprehension neh, now my mother must get a fright because of stupidity ugh.”