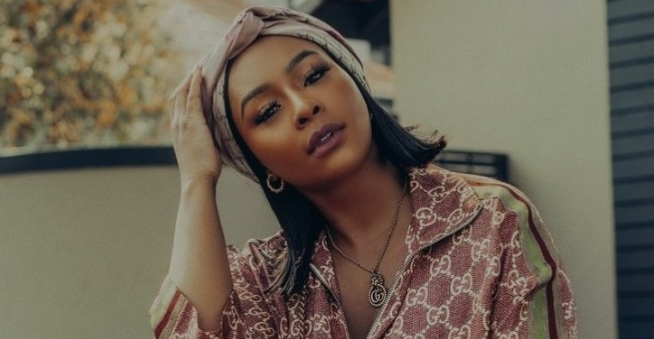 The future is Amapiano! This is why so many artists have decided to hop on the Yanos train.

Amapiano has really taken the South African music industry by storm. The genre, which originated in Gauteng, is a hybrid of jazz, deep house and lounge music characterized by synths, airy pads and wide and percussive basslines. It is distinguished by high-pitched piano melodies, Kwaito basslines, low tempo 90s South African house rhythms and percussions from another local subgenre of house known as Bacardi.

With the hype around the genre increasing beke le beke [week after week] rapper, actress, sangoma and businesswoman Boity Thulo has decided to work on a track of her own.

The Wuz Dat hit-maker is known for her no-nonsense attitude in her rap lyrics, where she tells haters where to get off, also reminding them that she’s the boss. The star took that very same attitude and put it in an Amapiano song and to say it backfired might be an understatement. For many on the Twitter streets, their biggest concern were her lyrics, where she can be heard saying “I don’t give a f**k” which they feel is not synonymous with the genres. For others, the entire song was just underwhelming, as they felt it lacks something.

Should she go back to the drawing board? Take a listen and decide.

JUST IN: @Boity has a Amapiano song coming soon👀🔥 pic.twitter.com/pM4xC0mksG

Check out the reactions:

“There’s a certain type of magic that these yanos/gqom snippets must have that’s lacking here, idk man maybe just keep it,” one tweep wrote.

“At this point I’m sure siqalekisiwe [we are cursed] cause wtf is this?” another commented.

“I hope they lose the USB before they release it,” someone else wrote.

“I don’t give a f*ck” on a piano song. Re tla reng [what can we say] get your coins sis,” someone else said.

Even Cassper Nyovest caught a stray for Boity’s song when someone else responded: “Boity and her Ex are just consistent in maintaining rotation of their trash on our screens and radio.”

There's a certain type of magic that these yanos/gqom snippets must have that's lacking here, idk man maybe just keep it ♥️ https://t.co/QrtRMNHSKs

I hope they lose the USB before they release it 😔 https://t.co/CjPApahQXZ

At this point I'm sure siqalekisiwe cause wtf is this? https://t.co/QB2oMvreXa

"I don't give a f*ck" on a piano song. Re tla reng get your coins sis. https://t.co/bye7dLmKqc

Boity and her Ex are just consistent in maintaining rotation of their trash on our screens and radio. https://t.co/iOjzYrH91u

Boity is not the only Hip hop artist who is dabbling in this genre. Musician Khuli Chana— who now goes by the name Khuli Yano — has vehemently expressed that he now prefers Amapiano over Hop Hop because of the politics in the latter genre, hence his latest song Buyile.

“I think as a musician you need to be free and open minded and to be fun. What I found was that hip-hop was not fun for me anymore. The culture of politics, always competing, competition that is not healthy. Who has got more money than who to egos,” he was quoted as saying on Drum Magazine.

Cassper Nyovest has been criticised for riding the Yanos wave and even going as far as releasing an album with nothing but Amapiano songs in it.

Recently, rapper Reason also rebranded to Sizwe Alakine. His new stage name is for the Amapiano genre and he already has a track with DJ Maphorisa that will be out soon. Reasons move raised many eyebrows because Tweeps have not forgotten how he reacted when Cassper Nyovest also moved to Amapiano music — and one thing about Tweeps, they will remind you!

Cassper has also reacted to Reason’s sudden shift. In his recent tweet, Cassper said: “They always criticize in the beginning but they always follow,” this after a tweep asked if people are also going to criticize Reason as they did him.