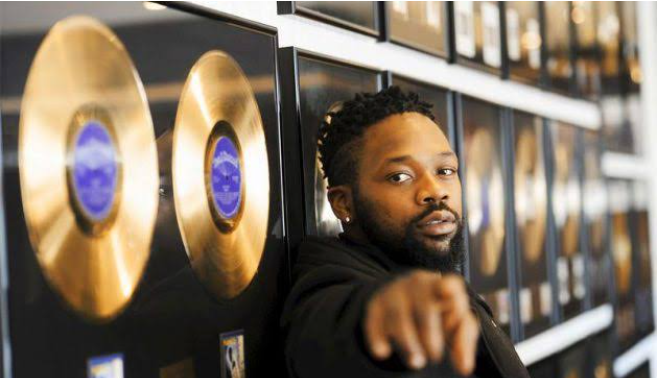 Bongani Fassie’s new reality show Finding Bongani Fassie has been keeping us at the edge of our seats ever since the trailer got released, because you never know what the former Jozi star will say. Brenda Fassie’s son has made some pretty staggering revelations and touched on his mother’s death and what could have caused it.

On last week’s episode, he made some pretty damning allegations about Muthaland Entertainment boss Lance Stehr saying he gives his artists drugs, more specifically cocaine. He said the record label boss was the one to introduce him to cocaine. Brenda Fassie’s friend Mercy Pakela also backed Bongani’s claims by saying Lance gives people drugs so they cannot think straight.

“He is the drug’s master. He feeds the children drugs so that they don’t think straight,” she said.

Bongani had also said Lance is to be blamed for the demise of their Hip Hop group Jozi.

Defending himself, Lance said if he did give people drugs does that also mean he also gives big artists like Ntando and Vusi Nova too? These allegations are so damning that Lance is thinking of dealing with Bongani legally as well Moja Love, since he used their platform to make these claims.

Speaking to TshisaLive, Lance said he was disappointed by the channel and Bongani for using his name to rope in viewers. He said this is a way to get their ratings up.

“It’s a complete fabrication to try to get ratings for a TV show. And it’s very sad that he had to stoop so low and we are obviously taking legal action against him and Moja Love,” he told the publication.

He also said that this is Bongani’s forte as he uses other people’s big names for his own benefit.

“He did the same thing when he did his song Stretcher, where he tried to gain fame by rapping about other people and how he was going to put them on a stretcher, it’s no different from that at all…It’s just very sad but it will be sorted out…I have no intentions to speak to him,” he added.

Lance said instead of giving people drugs, he helped them shake off their addiction and former Jozi member Ishmael backed him. “I have been fighting drugs for 35 years in this industry. We’ve been doing anti-drug tours. You cannot run a label and be around for 30 years, producing some of the biggest artists in the country by advocating them to do drugs. That is the most stupid and unrealistic thing. It doesn’t work like that at all, drugs are actually the enemy of record labels,” Lance told the publication.

He said Lance helped him with his addiction so it does not make sense for him to be giving artists drugs when he is against them.

“I remember back in the day I had like my drug issues and stuff and he is the person that I went to for help. The guy took me to rehab and I think a person like that wouldn’t turn around and give a person drugs. I don’t even understand that it doesn’t even make sense,” he said.

“For me, such allegations are very damaging, not only to Lance as an individual but to Muthaland as a company and us iartists zakhona (its artists) because apparently we are being given drugs like we so stupid that we just allow this man to feed us drugs so that we aren’t able to think for ourselves.”

“I just wanna put it out there first, I do not do drugs, I used to at some point in my life but I spoke out about this and the reason I spoke out about it was because I wanted to help the next person who was struggling with drugs and by the way in that time of my life, Lance wasn’t a part of my life then so obviously when I started working with them I told them about my past issues with drugs and Lance was extremely supportive when it came to that.”