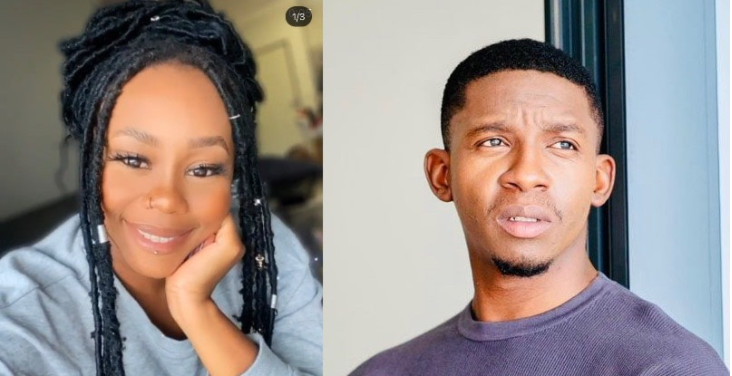 This year’s SAMA Awards are set to go back to the standards that have made them the biggest awards ceremony in the country. The show, which will be broadcast live on July 31 on SABC 1 at 8 pm will be lead by dancer Bontle Modiselle and actor Lawrence Maleka. The two were unveiled last night on Live Amp.

Modiselle is no stranger to the SAMA stage, she hosted the red carpet at the SAMA 25. Bontle and Lawrence will not be co-hosting together for the first time. They were co-hosts on Club 808 in 2017.

Modiselle launched her company, Bontle Ba Afrika production company in 2017 sourcing talent and choreography for major corporate clients. Her hosting skills have been on display in a few live events and shows on radio and TV including Showville on SABC2. Lawrence Maleka, who began his career in broadcasting is one of the most popular actors in The River 1 Magic, playing the character of Zolani.

Commenting on the major gig, Bontle Modiselle added that she feels honoured“I’m incredibly excited to be part of the SAMAs. It comes full circle for me because I hosted the SAMA25 red carpet, so now to be on the main stage is mind-blowing, to be trusted with this huge responsibility is humbling. Also considering the times we are in, the SAMAs are a big medium and an honorary celebration of our musicians and talents who have gotten the people through the toughest of times. To do it next to a consummate professional, one of my favourite talents is a thrill. We meet together again and to be held, guided, supported and elevated by him is something I cherish. Let SAMA27 be beautiful and memorable, something that lightens up people’s lives in these tough times.”

Lawrence expressed that he feels particularly happy to be working with Bontle “I’m grateful for the call up to host the SAMAs. The work we do is magical, whether it’s music, television or the arts, we always hope that it resonates with complete strangers that we reach out to. I’m particularly happy to be working with Bontle. We have a big brother – little sister relationship and it has been great to rekindle it. We are bringing a show that will for two hours, help the nation forget about the climate we are in. To bring people to a place of laughter and happiness, a glimmer of hope to rejoice in the achievements of others. We are there to enhance what the technical crew has put together and celebrate artists who have helped provide a soundtrack to the moments in our lives.”

Risa CEO Nhlanhla Sibisi said that they have absolute faith in the two. “We are delighted to have Lawrence and Bontle as hosts of SAMA27. We have total faith in them. They truly are the finest talent we have in South Africa right now. They bring a unique flavour and energy to the SAMA which we believe will infuse excitement in our audiences. We look forward to seeing them in action.”