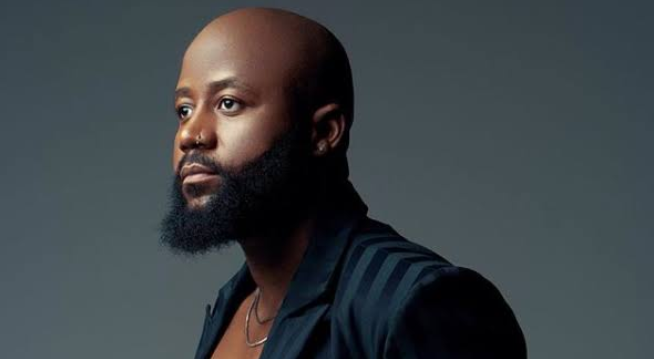 Cassper Nyovest has called off the highly anticipated boxing match between him and the DJ and producer Prince Kaybee.

Cassper said he is now looking for a new opponent to get into a boxing ring with. He said he was looking forward to fighting Prince Kaybee but due to his crazy demands, he decided to call the match off.

Cassper tweeted: “The Kaybee thing is dead. I have realized that niggas wanna get clout from tweeting or they tryna finesse money to fall on in case they lose. I was looking forward 2 getting in the ring with the dude but he is delusional with his demands. Who else yall think would make a good fight?”

This comes after Prince Kaybee demanded R2.5 Million to fight Cassper. He said the R350 000 that Cassper initially offered him is too small, he said he rather do it for free.

“But Shotpan you offered a 350k contract, o buwas masepa, I make that anyway in a dry month. So if it’s for free let’s meet NOW where you are but if you going to make a profit out of it I want a 2.5Million, I’m not scared of your fake wealth papa, put your money where your mouth is…I didn’t wanna expose that lousy 350k but you kept on pushing me,” tweeted Prince Kaybee.

I didn’t wanna expose that lousy 350k but you kept on pushing me.

Cassper said he was tired of the endless Twitter exchange between him and the DJ, he said he just wanted to get into the ring and fight. This was before he called off the match.

The back and forths on Twitter are boring and it doesn’t end. We all love a little action, Prince Kaybee has a problem with me and we need to solve it. He said he would fight me for free, he was offered money & now he doesn’t wanna fight anymore. Let’s get in the ring! Can’t wait!!”

The back and forths on Twitter are boring and it doesn't end. We all love a little action, Prince Kaybee has a problem with me and we need to solve it. He said he would fight me for free, he was offered money & now he don't wanna fight anymore. Let's get in the ring! Can't wait!! https://t.co/jeVrwBPEpq

The Siyathandana hitmaker has always been vocal about his desire to have a boxing match with Prince Kaybee.

Cassper initially wanted to have a match with AKA but he recently announced during his interview with his best friend Carpo on Carpo’s new show that he does not want to fight the Supa Mega anymore.

“Man these guys do want to fight, they talk, they tweet, and then it’s like okay it’s fine nobody wants to fight. Firstly it was the other guy and then now, unfortunately, this happened so I don’t want that fight anymore because whoever I am going to fight I am going to knock him out…I don’t want to look bad knocking someone out who is going through this like Prince Kaybee is a fight I really want,” said Cassper.

Fans took to the comments section to react to Cassper’s sudden change of heart. Here are few reactions from Twitter.

this boxing chat is tired, if you guys really wanted to fight beningeke nirase on social media…. there's no need for you guys to wear boxing gloves…just meet up ninyisane…