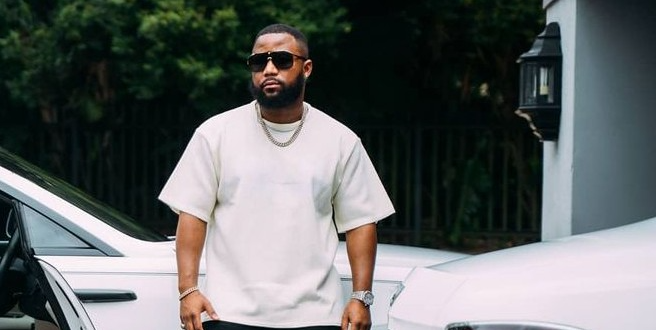 Cassper Nyovest is working with American superstar Ne-Yo in his next Amapiano track. He shared this during his studio session with Amapiano producer Abidoza and together they kept their fans up all night.

Cassper is proving that he is not only a talented rapper and Afro-beat artist who got a huge recognition from Beyonce. But he is also a versatile artist and his latest hit single Siyathandana featuring Boohle is proof of that. The music video was released just over a month ago and it is already sitting at 4 million views.

The collaboration gave boohle the perfect platform to shine. We already know the Amapiano vocalist from Josiah De Disciple’s hit song Mama and she has an angelic voice.

During his Instagram Live, Cassper and Abidoza were serving their watchers with nothing but the best upcoming hits. He also shared a sneak peek from a song he is working on with Ne-Yo.

Boohle is also working on another track with Boohle and it is already a certified hit. The 23-year-old told TshisaLive that her determination is what got her in that studio with Cassper as she continuously sent DM’s to the star. “I always tell people to keep sending the DMs, to keep calling and keep pushing because one day you’ll get there. With me and Cassper it also started in the DMs. I kept sending direct messages to him.” she told the publication.

With that collab alone, she got communication from Donald who expressed interest in working with her, “Donald also called me, he contacted me saying that he wants to work … I got to studio and there was fire already … we worked on a song with him and hopefully we’re still going to work on more.”

Cassper is enjoying the Amapiano genre as it is getting him more fans. He got told by people that he is ruining the genre and that he should stick to rapping. One Tweep said, “Lmao Cassper ruined that Siyathandana song imo.” Cassper hit back by saying he wrote the song and worked on it with Abidoza so the song is his. “Y’all do know that’s my song right? Like I am not featured on the song, I wrote it. The melody that Boohle is singing was written by me. Like I made the song with Abidoza before Boohle blessed it & took it out the roof. Y’all pretending I asked to be on the song or I bought it. Lol.”

In one of his previous tweets, Cass spoke about how versatile he is when it comes to music, “I dabble with a lot of sounds. Amapiano, Hip Hop, Afrobeats, Kwaito, Reggae, Jazz , Rnb , Soul etc. I touch everything…Doesn’t mean I should limit myself. In a time when artists can’t perform, making music is therapeutic. Why not share the music if you want to?”