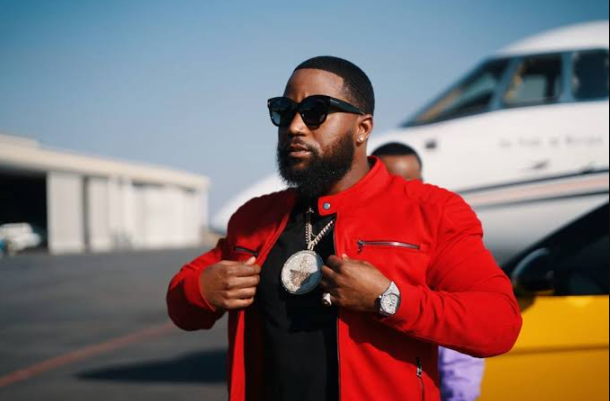 A big congratulations to Award-winning rapper and businessman Cassper Nyovest. The rapper has topped the trending topics again as he announced another boss move.

Cassper has joined several other celebrities in the alcohol business. He said he will be launching his new alcohol brand named Billiato, a taste of wealth later this year.

“November 2021! I would like to introduce to you, Billiato, a taste of wealth. This is for the dreamers! The future billionaires! Here’s a toast to us.

“This summer is gonna be lit!!! This is all we gonna be drinking!!! Luxury!!! Follow us. @Don_Billiato #BilliatoATasteOfWealth” he tweeted.

Congratulations are in order.
May God continue to bless you.
Way to go 👑🙌🏿

Cassper gave his fans a heads up about this big announcement earlier this week.

“I have a big announcement. September 5th! September ka di 5 – make sure you check out my timeline because I’m announcing something so special,” he said in a video he shared on Instagram.

He continued to say: “It is so big I can’t even believe that it is happening. All the hard work has finally come to pay for me and I want you to celebrate with me as I launch one of the biggest projects of my career.

“Bona ntjaka re kene, re dula mo bone, ase nnete. It is so big and I can’t even believe that it’s happening. Make sure you check out my timeline. As I launch one of the biggest projects of my career.”

Here are other boss moves Cassper Nyovest made this year.

Signed A Multimillion Deal
In June he announced that he has bagged a 100 million deal with Drip Footwear CEO and Founder Lekau. Explaining the deal on MacG’s podcast Lekau said: “It’s just a product and we signed a contract worth R100 million for the products. If it’s a sneaker or a T-shirt worth R2000 we are going to make ones that are worth 100 Million. Up until that particular term ends. So that is how much it came to 100 million.

He Launched His First Shoe Line
He recently released his brand new sneaker called Root of Fame in partnership with Drip Footwear.

Scored His First TV Gig
Boom! More good news!!! I’m working on a new TV show that’ll be airing in a few weeks,” he wrote breaking the news on social media.
Cassper is the new host of the SABC 1’s Braai Show.

AGAIN! ENHLE MBALI FAILS TO PAY FOR HER ELECTRICITY BILL

Lorch And Natasha Shade Each Other?