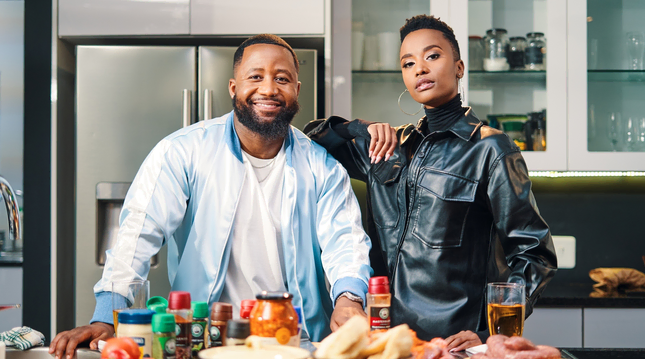 Ahead of the debut of “The Braai Show with Cassper Nyovest” on SABC1, it was announced that the rapper will also be raising funds for the Save Nompilo campaign.

Several months back, Cassper took to social media to encourage the public to donate money to an account set up for Nompilo Dlamini, a 26-year-old nursery school teacher from Swaziland, who suffers from cystic fibrosis.

This has been a cause dear to him. And now, through the show, he is hoping to gain traction with the initiative via the created SMS line 38058, where viewers are asked to contribute R10.

Cake Media TV executive producer David Phume said: “Cystic fibrosis is a progressive, genetic disease that causes persistent lung infections and limits the ability to breathe over time.
“There is also no cure for cystic fibrosis, although there are treatments that help improve the lives of those with the disease.

“A lung transplant is one of the treatments and it would save Nompilo’s life. We are delighted to be able to play our part in helping this brave young woman and urge South Africans to help with a small donation.”

As an added incentive, five lucky people, who contribute to the SMS line, stand a chance to win a braai with the legend himself.

And he’s already extended his generosity to one fan by offering to buy her a new TV.

Naledi Wabo Zitha (@Iamlediledi1) tweeted an image of a reminder for his show on her old box TV and wrote: “Excuse my TV though.”

Cassper responded: “Please DM your phone number and your address. I wanna buy you a new Samsung TV so you can enjoy #TheBraaiShowWithCass in great quality. I appreciate the support.”

Please DM your phone number and your address . I wanna buy you a New Samsung TV so you can enjoy #TheBraaiShowWithCass in great quality. I appreciate the support https://t.co/b8pnRBXx9W

Cassper takes over the reins of the food-cum-talkshow from arch-rival AKA (real name Kiernan Jarryd Forbes) with former Miss Universe Zozibini Tunzi as his first guest on Wednesday, September 8.

DJ Sumbody’s rags to riches story – he went from a taxi driver to owner of the biggest club in Pretoria – is shared over a traditional South African meal.
“Matorokisi” hitmaker Makhadzi. actor Presley Chweneyagae, former professional boxer Dingaan Thobela aka the Rose of Soweto, Cassper’s BFF Carpo as well as Somizi Mhlongo have also been lined up for the show.

Cassper also shoots the breeze with Lekau Sehoana, who is behind the DRIP Footwear brand.

The 32-year-old businessman went from having no shoes to owning a multimillion-rand sneaker company.

And social media influencer Mihlali Ndamase, who made it onto the Forbes 30 under 30 list, shares her story as a make-up artist and avid traveller.

The only beef on this show will be the meat on the braai.

Viewers can look forward to great banter and perhaps a few jibes in jest.