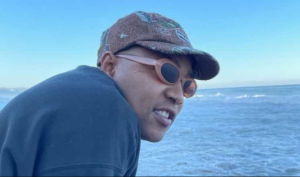 The beef between Cassper Nyovest and DJ Speedsta doesn’t look like it’s going to be ending anytime soon. In the early hours of this morning, he sent another tweet aimed at the award-winning rapper. He started by saying that he has something he’d like to get off his chest. He then proceeded to say that Mufasa is weak and has no soul.

“I’m sorry I need to let something off my chest. Take it as you want. Cassper Nyovest is weak!!! No soul, no nothing. Tag him if you want. Let him know Lesego thinks zero of him, & Lesego know him long time. You’re weak Refiloe!!!” Tweeted the Metro FM DJ.

Speedsta then said that Refiloe would do just about anything to be on top and that has been the case for many years. He added that – in his opinion – he is the weakest act in South African Hip Hop.

“For years. Many years that is. He has no soul, will die for showbiz, That’s why he will do whatever just to be on “top” In my opinion – You are the weakest SA Hip Hop as ever seen!!! And you’re supposed to be a role model!! Shame on you. Have a heart!!!”

Going on, the 3x South African Hip Hop Awards DJ of The Year said that Nyovest always plays the victim and wonders why people hate his success.
“And to you people that always talk nonsense behind a screen. Year after year, Cassper is always in some “News” Always the victim. Always putting out good energy & doesn’t understand why people “hate he’s success” I’m personally done with he’s nonsense. Know the man (cont)”

There have been mixed reactions following Cassper’s announcement that he’ll be taking over the Braai Show on SABC 1 one from his nemesis, AKA. The Supamega has been hosting the show up until he announced his break from the spotlight following the untimely passing of his fiancée Nellie Tembe.
The news was announced through Twitter “The Braai Show returns with a sizzling hot season and the juiciest chops with Mzansi’s favourite A-listers hosted by multi-award-winning musician and businessman @CassperNyovest”

AKA’s representatives released a statement refuting the claims on social media that he had hired Cassper. “Kiernan Forbes and his management team have become aware of insinuations that “The Braai Show”, of which he is the co-owner, will go ahead with a new presenter in its second season.

“The matter has been with Mr. Forbes’ legal team while a resolution to the impasse was being negotiated and will now be solely in their control to expedite legal intervention”

They added that no further comment will be given until further notice.