Cassper Opens Up About Beef With Riky Rick

Cassper Opens Up About Beef With Riky Rick 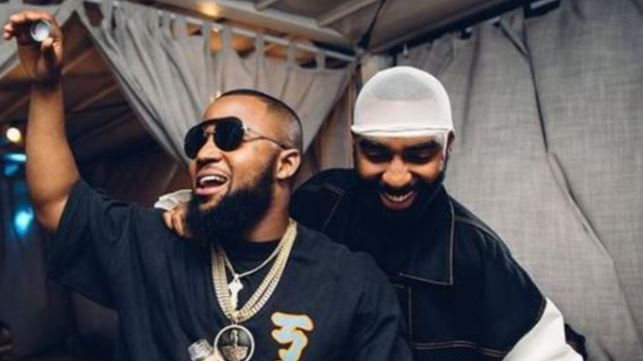 Award-winning South African rapper, Cassper Nyovest was recently a guest on the Banques and Venom show and he opened up about many things, including his broken relationship with Riky Rick.

“You could be angry and whatever, but I genuinely don’t want to talk to him. I don’t want to solve it. Right now it’s where I am. I don’t think that it’s damaged forever. You know maybe one day I’ll be at Milton college and Mikey will be taking a certificate there and Khotso is there and I happen to be sitting next to RIKY. Maybe one day we’ll connect on a different level. Not as artists but as parents. And maybe that’ll happen. But as Mauthi fela I think it was destroyed for like nothing.”

He believes that the main reason there is tension between them is because of their egos. ”It definitely Is an ego thing because there is no issue. I don’t think he has an issue as well. It’s just like our egos.”

He also opened up about his complex relationship with the twins. “I love the twins they are my guys. But they are the only guys who don’t have a problem with anybody. You can’t be cool with everybody. The twins are like masterminds.
The other day we fought and then I meet them and that anger was gone.

Mufasa also attributed some of his success to the major league twins who made him realize his potential, especially on social media. “The reason why I’m so hectic is major league because Major League made me realize my power before I realized it. I had the sauce but they came to me and they like, you don’t know how big you are.” He said.

Cassper added that he started buying flashy things because of the twins and his old friend Riky Rick. “I got into the rat race and buying things because of major league and Riky. I remember Riky when I bought my first Bently and we had a conversation in the jet. And then Riky says to me – your car is dope but we need to go for the latest one.” Said Khotso’s father in part.

“We Are Not Safe Every Day.”

Lady Du On Being Depressed And Suicidal