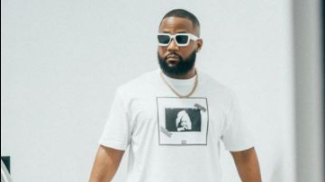 Cassper Nyovest has dreams of being a billionaire and he is set on fulfilling that dream. His R100 million Drip Deal is a huge boost to reaching that status and we are here for it. American superstar Rihanna was named the richest female musician with a net worth of 1.2 billion. Cassper Nyovest joined the legions of fans who congratulated his “baby” for achieving this awesome milestone.

“Motho waka ke billionaire (my baby is a billionaire). Obviously this is a sign of things to come for me,” he declared.

Motho waka ke billionaire. Obviously this is a sign of things to come for mem https://t.co/NLHQF7xDup

Cassper Nyovest has declared that he will be the country’s first Hip/Hop Billionaire. He already has the cars and the mansion and the wealth but his end goal is getting that status. He recently signed a deal with Drip footwear founder Lekau and that definitely shook the game up.

During the press conference which was shared by Slikour OnLife, Cassper spoke about his dream, “I come from an average South African home, and I’ve told my story a lot of times. I don’t normally tell my story but I met Lekau on Twitter. I saw his shoe and then I hit him up and said I liked his shoe. I wanted to buy the shoe and then he came over to the studio. I was still working on my fourth album,” Cassper explains.

“And then he came to the studio with a couple of shoes. Immediately being a businessman, I was like man we should make a shoe. That’s how the relationship started. From there we became actual friends and started talking about business in general.”

On his achievements Cass held nothing back, “I’ve been able to achieve a lot in a short period of time with my team. I feel like we could do much more and feed more people and create more jobs together.”

Nothing more powerful than 2 powerful Black man agreeing on working together. This one is for black excellence. Black child, it's possible!!!! #TheLegacyDeal pic.twitter.com/giALPo7a4W

Cassper commended their union as it inspires thousands of other people. But instead of applauding Cass man questioned the authenticity of the deal. Lekau spoke with Mac G and his team and clarified what exactly does the deal entail.

“It’s just a product and we signed a contract worth R100 million for the products. If it’s a sneaker or a T-shirt worth R2000 we are going to make ones that are worth 100 Million. Up until that particular term ends. So that is how much it came to 100 million.