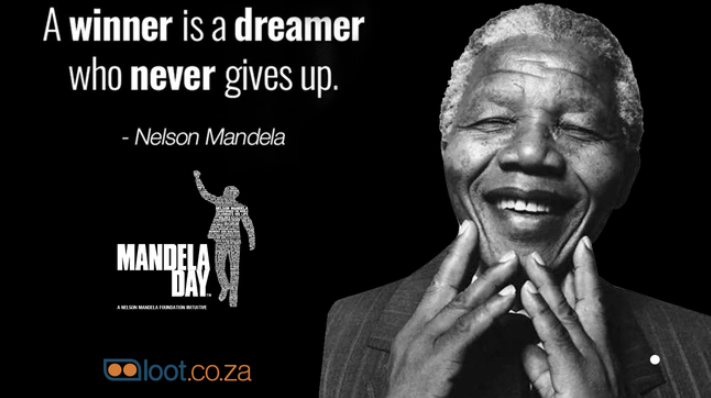 Mandela Day is celebrated every year on July 18th. Ratified by the United Nations in the year 2000, it serves to encourage citizens across the globe to give at least 67 minutes — a minute for each year of Mandela’s service — of their day to improving the world.

With Covid-19 restrictions and limitations on social gatherings, this is the perfect time to relax at home with a good book and be inspired by the remarkable life of Nelson Mandela.

To celebrate Mandela day this year, Loot.co.za has an extensive selection of titles for you to choose from.

Good Morning, Mr Mandela tells the extraordinary story of how Zelda la Grange’s life was transformed by the greatest statesman of our time. It follows the journey of an awkward young secretary in her twenties who was chosen to become Nelson Mandela’s most loyal servant, spending the greater part of her adult working life travelling with and caring for the man she would come to call ‘Khulu’.

This is a book that will touch your life and make you believe that every one of us, no matter who we are or what we have done, has the power to change. 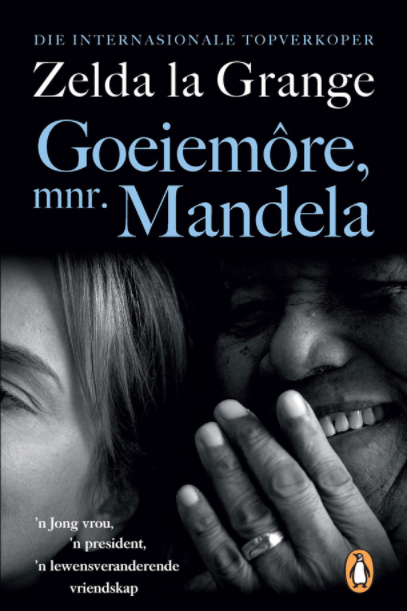 Nelson Mandela – Portrait of an Extraordinary Man by Richard Stengel

Previously published as Mandela’s Way, it is written by the co-author of the international best-seller Long Walk to Freedom, Nelson Mandela. Portrait of an Extraordinary Man presents 15 powerful lessons on life and leadership based on the life and work of Nelson Mandela. Stengel spent three years with Mandela working on his best-selling autobiography Long Walk to Freedom, and through that process became a close friend. This inspirational book of wisdom encourages people to think about the legacy they leave behind.

The Madiba Appreciation Club – A Chef’s Story by Brett Ladds

Brett Ladds was the executive chef of the SA government and manager of the presidential guesthouse at Bryntirion Estate in Pretoria from 1994-1999 where he served both Mandela and Thabo Mbeki.

It was a naive and star-struck 21-year-old Ladds who started working at the guesthouse in the months before the first democratic election.

He recalls being given a cigar by Fidel Castro, discussing weightlifting with Swazi king Mswati III and his cooking made Quincy Jones sing.

Laced with his unique, self-deprecating sense of humour, this heart-warming book tells his stories about meeting kings and queens, presidents, rock stars and even the pope. Of Queen Elizabeth he says it felt like speaking to his gran. “I asked myself, how does all that power fit into this lovely, caring lady?” Of Robert Mugabe: “He never moaned about a thing.” It’s a book that will make you laugh and cry.

The late eighties was a highly politicised environment, and Willem Laubscher was healing some of the world’s best-known political prisoners, amongst them Walter Sisulu and Govan Mbeki. When Nelson Mandela was scheduled for an operation, all hell broke loose.

The National Party was quietly plotting to smuggle Mandela out of the country, while the ANC was scoring points by casting doubt on the medical services that white doctors like Laubscher was willing to provide to the political prisoners. A relatively simple medical operation turned into an international diplomatic crisis.

Willem Laubscher was the medical practitioner in the eye of this storm. This is the story of a few weeks of diplomatic chaos, and a security operation that completely overshadowed the medical procedure Mandela was scheduled for.

Widely considered to be the most important biography of Nelson Mandela, Anthony Sampson’s book has now been updated by acclaimed South African journalist, John Battersby. In this compelling read, eminent biographer Anthony Sampson, who knew Mandela since 1951, reveals the man behind the events that rocked a continent — and changed the world. With unprecedented access to the former South African president — the letters he wrote in prison, his unpublished jail autobiography, extensive conversations, and interviews with hundreds of colleagues, friends, and family – Sampson depicts the realities of Mandela’s private and public life, and the tragic tension between them. 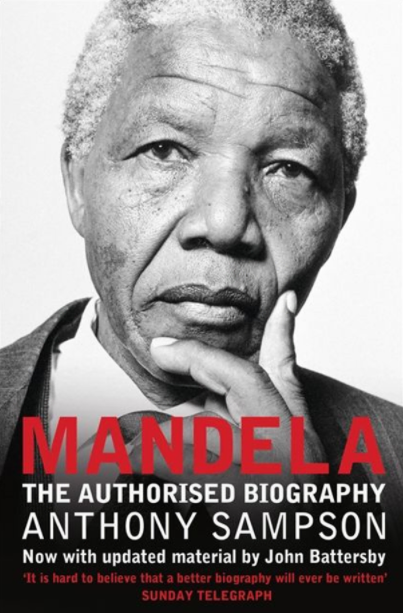 By Himself – The Authorised Book Of Quotations by Nelson Mandela

Nelson Mandela: By Himself is the definitive book of quotations from one of the great leaders of our time. This collection – gathered from privileged authorised access to Mandela’s vast personal archive of private papers, speeches, correspondence and audio recordings – features nearly 2000 quotations spanning over 60 years, many previously unpublished.

Charting his development from remote rural roots to city lawyer, freedom fighter, and then political leader, Peter Hain takes an in-depth look at Mandela’s rise through the ranks of the ANC and subsequent 27 years imprisonment on Robben Island. The book encompasses Mandela’s inauguration as South Africa’s first democratically elected president, his “retirement” campaigns for human rights, a solution to AIDS and poverty and goes on to chronicle his later years and death.

The author concludes with a critical analysis of his and the ANC’s achievements, its leadership’s subsequent slide into corruption, and whether under new direction South Africa can reclaim the values and legacy of Mandela, and the ‘rainbow nation’ he created and led to such global acclaim.

Kate Sidley offers renewed and touching insight into Mandela by retelling humorous, heart-warming and momentous moments from his life, roughly chronologically, drawing from his own writing and the memories of contemporaries, historians and ordinary people. The reading experience is multi-varied and complex, touching and inspiring, like Madiba himself.

Divided into sections: the school boy, the student, the lawyer, the outlaw, the prisoner, the negotiator, the statesman, the elder. Each story is short and encapsulates something about the man behind the legend, and the book can be read cover to cover or dipped into.

Conversations With Myself by Nelson Mandela; Foreword by Barack Obama

After a lifetime of putting pen to paper to record thoughts and events, hardships and victories, he has bestowed his entire extant personal papers, which offer an unprecedented insight into his remarkable life.

Conversations with Myself draws on Mandela’s personal archive of never-before-seen materials to offer unique access to the private world of an incomparable world leader. Journals kept on the run during the anti-apartheid struggle of the early 1960s; diaries and draft letters written on Robben Island and in other South African prisons during his twenty-seven years of incarceration; notebooks from the post-apartheid transition; private recorded conversations; speeches and correspondence written during his presidency – a historic collection of documents archived at the Nelson Mandela Foundation is brought together into a sweeping narrative.

South Africa’s first black President recounts his life. It is an epic tale: from a traditional Tembu childhood, through political activism, the founding of the African National Congress, life imprisonment for treason and violent conspiracy, 27 years behind bars, to release in 1990 and the first multi-racial elections in 1994. Mandela is clear, eloquent and inspiring in this deeply moving testament to idealism, charity and hope. 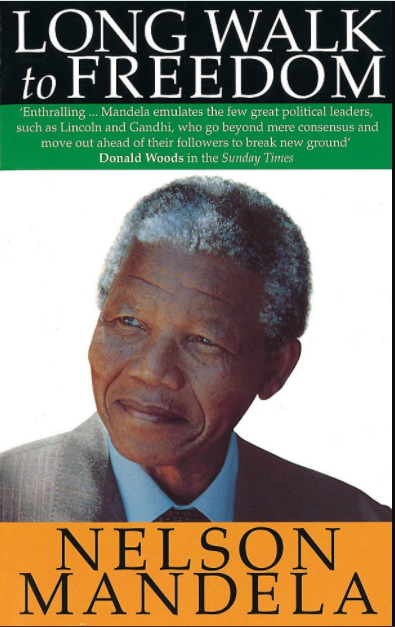