Cindy And Bongani Are Getting Serious

Cindy And Bongani Are Getting Serious 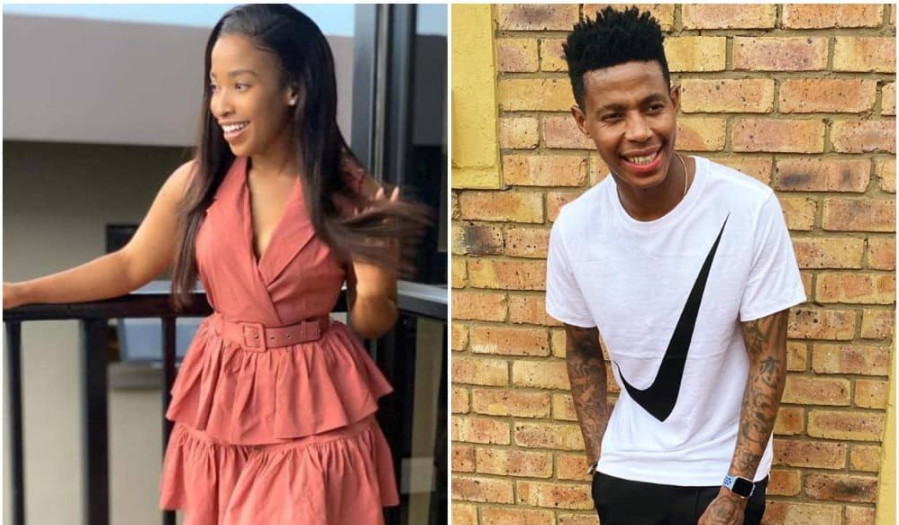 Things are getting pretty serious with actress Cindy Mahlangu and soccer player Bongani Zungu’s relationship. This week the two posted a video which suggests that Bongani has introduced Cindy to his mother.

This week the Blood And Water star shared a video of her and her soccer bae chilling and bonding with his mother. The couple tried to keep their relationship away from the public but in true celeb style, they could not keep it under wraps any longer.

Here is an image of Bongani’s mother:

Dating rumours started making rounds last year in July but a video of them kissing confirmed it. From there onwards it has been nothing but sweet bliss as they gush over each other on a regular basis.

Everything seemed to be going well until rumours of infidelity, on Bongani’s part, started swirling. The soccer player got suspended from his club for breaking lockdown rules. He attended a party which almost ended his relationship. He was seen kissing a 19-year-old white woman and social media users put two and two together. Unfortunately the answer did not amount to four, because Cindy elbowed these rumours and they continued to flirt on social media.

The drama continued to follow them as it was alleged that Cindy got entangled up in a love triangle got started by an influencer, Vivky Jonas. The influencer alleged that Cindy was a homewrecker who snatched her man from her. She denies dating the Nigerian man who was rumoured to be dating YouTuber, Vicky Jonas. She also stated that she asked Jonas to comment about the rumours to which Jonas replied: “I was hacked”.

Jonas has apparently shared this with her followers: “I see a lot of shxt happening but I choose to keep quiet…” Cindy denied these rumours and of course hit Vicky with a law suit.

This was not the first time Bongani would be accused of cheating as his ex-fiancé Khanyi Cele. Sis was hurt so she ranted on Instagram Live about Bongani’s cheating. That’s no it, Bongani also has a petty side as it was alleged that the soccer star asked for his lobola back after splitting from his ex-fiancé. It is unclear who he cheated on Khanyi with.

Our ZAlebs continue to remind us that meeting the parents does not always mean they will stick with each other for the ling haul. Take Prince Kaybee and Zola Zee Lovin’s relationship for example. It ended in premium tears for the two. Prince had introduced Zola to his mother and even captioned his picture with “My wish is for you two to be best friends.”

That showed he was committed to her but that all ended abruptly when his side chick exposed him for cheating. The side chick Hazel Mahazard also brought receipts, a nude picture Prince sent to her.

Prince tried to deny it but later on admitted to cheating and he even apologised to Zola and his mother for doing such. “I cheated, I humiliated my girlfriend publicly. To the people I have disappointed, the businesses I represent, my girlfriend and my Mother I profusely apologise from the bottom of my heart.”

This also comes days after Prince advised men to not cheat. Ironic right!