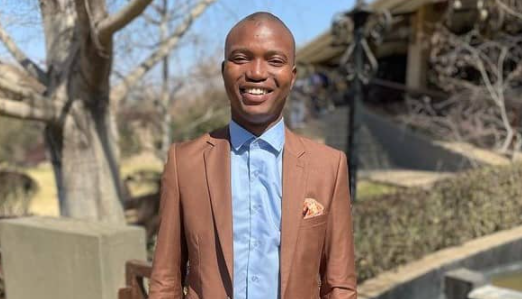 The storyline sees Clement fall for one of Kwaito’s former colleagues named Tlotliso. He first caught glimpse of Tlotliso when he came to check up on Zamo. Impressed by his looks, Clement started stalking him on social media and eventually made conversation. The two decided to meet up and Clement realized that Tlotliso is also into him.

As they have started developing a romantic relationship, Clement has become somewhat rebellious and is acting like a lovesick puppy. Fans have taken to social media to sing his praises. Last night’s episode also saw Cornet Mamabolo’s Thabo Maputla bid farewell to the show’s viewers for now. He has thanked his fans for the continued support and faith they have shown in him. Along with Clement, he is one of the original cast members of Skeem Saam.

Not Clement telling his uncle to rest 🤣🤣🤣 #SkeemSaam pic.twitter.com/i3UWTvk6u0

Clement is living the soft life but It'll end in tears #SkeemSaam pic.twitter.com/USw4De8CIr

“This is my official break from your screens as Tbose Maputla … thanks for all the support you have shown me over the years, I mean I literally matured to be the man I’m today before your eyes.”

He will now be turning his focus and energy to his business. He also thanked the show’s writer Winnie for the opportunity to showcase his talent to the world.

“This is a break for me to primarily focus on my insurance business; Digni Financial Services @dignifinancialservices. Thanks, Sis Winnie, SABC, cast & Crew for carrying me over the years. Till we meet again.”

In a statement that has since been removed from his social media, the star says that he wants to give his undivided attention to his insurance company. He may be saying his goodbyes now but he will return soon. He is expected to make an appearance toward the end of September.

“From the 14th of September 2021, Cornet Mamabolo will be taking a break from Skeem Saam to focus on his personal interests. His decision comes at a time where he intends on making his insurance company the first priority during his interval. “I have been consistent in giving my fans pieces of myself through ThaboMaputla’s role and I will continue to do so when I return. But for now, I appreciate being given the opportunity to focus on what will make me grow further as an entrepreneur.” Read the statement.

Vusi’s mom on the show, Innocent Sadiki, who stars as Sthoko recently revealed that she will be an aunt again. “And just like that… we will be parents again. Baby #5 our family is growing. We are so excited for our baby girl. She is loved so much & she’s not even here yet!” She posted. “Millicent Mashiile is going to make the most fabulous girl mom, brace yourself”