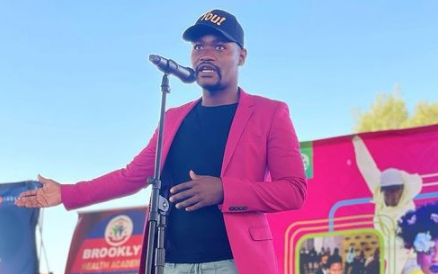 Skeem Saam actor Clement Maosa has announced that he will be dropping an Amapiano single featuring King Monada. He teased the track, titled Ne Ole Kae on his social media. He will be dropping it at Midnight. Judging by the responses, fans are looking forward to the release of the joint.

This is not Maosa’s first attempt at making music. He has unsuccessfully tried in the past but seems very likely to succeed this time around. The song features the talented King Monada and falls under the Amapiano genre that is dominating the global music scene.

His Skeem Saam co-star, Cornet Mamabolo is also exploring other opportunities outside of the show. Early this week, he announced his departure from the show to the shock of many of the show’s loyal viewers. He has assured them that this is not the end as he needs more time to focus on his insurance business.

“This is my official break from your screens as Tbose Maputla … thanks for all the support you have shown me over the years, I mean I literally matured to be the man I’m today before your eyes.

He shared another statement through his stories revealing that he wants to make his business his priority.

“From the 14th of September 2021, Cornet Mamabolo will be taking a break from Skeem Saam to focus on his personal interests. His decision comes at a time where he intends on making his insurance company the first priority during his interval.” Read the statement.

He does not take this for granted and thanked the show for allowing him to focus on his business. He also thanked the fans for their continued support.

“I have been consistent in giving my fans pieces of myself through ThaboMaputla’s role and I will continue to do so when I return But for now, I appreciate being given the opportunity to focus on what will make me grow further as an entrepreneur.”

Even though Mamabolo will pressing pause, fans can still catch him when he makes an appearance on the 29th of October 2021.”

Maosa was not joking when he said that the two of them did not come to Joburg to play. “When coming to JHB we were young and just kids who were determined to follow their dreams and stand out, I always say ‘we haven’t paid 5 tollgates just to play and I am glad we haven’t dropped the ball.” He said on Cornet’s 21st birthday in August.