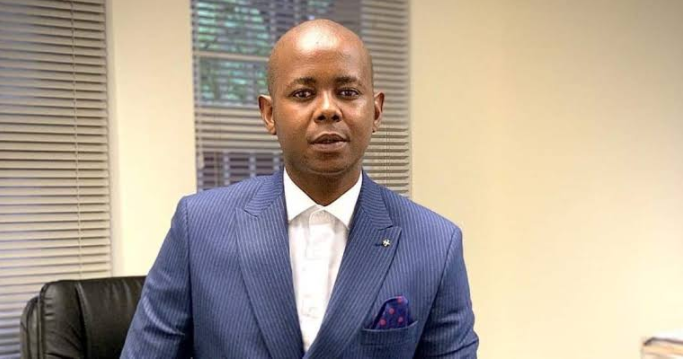 Skeem Saam star and businessman Cornet Mamabolo is fighting unemployment. The actor shared on the social media platforms that he is hiring.

He said he is looking for 20 sales reps and 3 administration graduates in Mahikeng to work for his company Digny.

Cornet said his company is the reason why he decided to take a break from the SABC’s popular educational drama series Skeem Saam.

“I think it’s important as well to reflect a bit, I mean I have been playing T’bose for ten years and you know, you do need a bit of time to debreath from the character and try to do other work,” he said on Mac G’s podcast And Chill also revealing that his last appearance on the show will be this month.

He first announced his departure on Instagram thanking his colleagues for the support over the past year. He wrote: “This is my official break from your screens as Tbose Maputla… thanks for all the support you have shown me over the years, I mean I literally matured to be the man I’m today before your eyes.

“This is a break for me to primarily focus on my insurance business; Digni Financial Services @dignifinancialservices Thanks Sis Winnie, SABC, cast & Crew for carrying me over the years. Till we meet again.”

However, fans do not understand why he would leave his job and focus only on the business instead of doing both. One of the audience members on the podcast asked him why he left a good-paying job to pursue a business that everyone is in.

Responding to the question, Cornet said he wants to give his business full attention. “…You know the business calls you. It says to you, you’ve been trying to balance your life. Trying to follow passion which is arts. You’ve tried to, in that process establish a business. And business calls you and says ey brother, I need you. I need your attention and I think that’s where I am and that’s where my business is at this point.

“To really give it attention and not allow the cracks to be so big and only find out later that there’s mismanagement of funds and you could’ve given your business the touch earlier. Because as we age we lose energy and touch and creativity as well. I think I’m at my prime right now in terms of thinking and innovation. For me, it’s quite important to give that to my business. And I’m not leaving the arts. It’s like give business priority and if I happen to do an acting role elsewhere – it needs to be the conditions that really favour what you have established.”