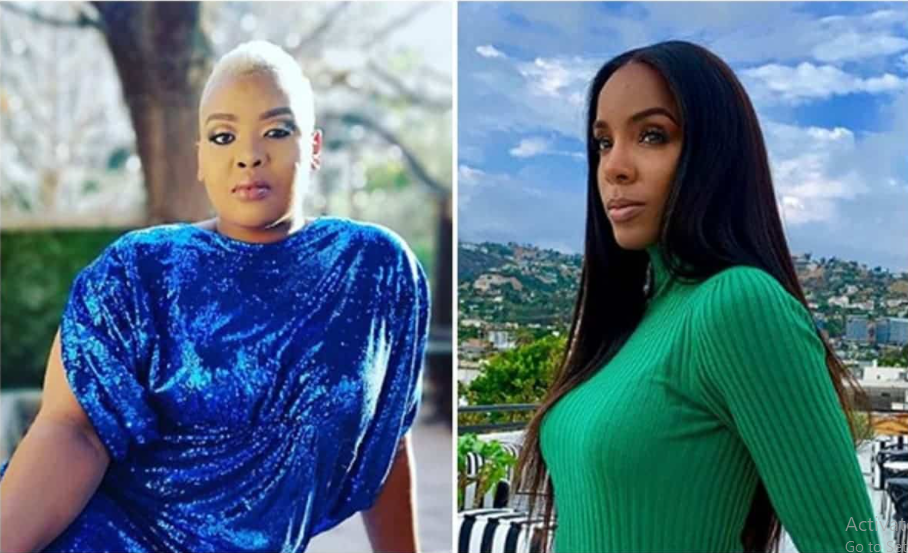 Anele Mdoda is still suffering for that Kelly Rowland comment where she said the American superstar is not beautiful. It’s crazy how a comment from 2 years ago still put Anele in a bad light, painting her as a hater till this day. The radio presenter trends every time Kelly posts a picture of herself looking gorgeous. But Kelly’s latest post has shady undertones to it, making Mzansi believe that she was trolling Anele back.

Responding to Sizwe Dlomo’s tweet where he said Kelly Rowland is lowkey the best-looking member of Destiny’s child, Anele disagreed with him. “Kelly looks amazing with make-up. Take that make-up off then it’s tickets. I have receipts,” responded Anele.

Anele has been defending herself for the longest time now, but she clarified 2 years ago that she did not say Kelly is ugly, “Then you didn’t get what the fight with him was about. He said I don’t deserve to judge Miss SA because I don’t look a certain way. Let’s come to today. I didn’t say Kelly is not pretty, I said she is not the prettiest in DC in reply to a tweet.”

Fast forward till today, Anele still catches a lot of stray bullets from her shady comments. Kelly posted a picture of her enjoying the sun in Italy wearing a yellow swimsuit looking gorgeous. Anele Mdoda was also wearing the same swimsuit a while back whilst she was on her vacation at the Maldives. She too looked gorgeous.

It's the swimsuit for me 🤣😭 pic.twitter.com/8d3TdDNvs9

@Anele Don't you have the same shandis' she's wearing? pic.twitter.com/GAJ3AGCk3S

American Twitter even came for Anele Mdoda and called her all sorts of names, including Pumba, for dissing their talented Queen. But Anele developed so much think skin throughout the years that she just laughed at them. “Typical Americans, late on every trend. That joke is so stale it’s like it came on the ships they left in. South African Black twitter was way better with roasts.”

Anele will never apologise for that tweet as it was her opinion and she said she likes to trend anyways, as it is good for her career. “No. I like to trend. Keeps the bills paid. And she isn’t prettier than Beyonce soooooo I would be lying. Have a good life,” she said at the time.

Anele eventually deleted that tweet but screenshots live on forever on social media.

I actually dig her. Was running to her jam 'work' just the other day. Remember it, what a jam ! It is simply my opinion that one is prettier wethu and naturally South Africans love anything that makes them feel like they are abusing someone else. They must carry on, we chose fame https://t.co/vR2xmx7by9

This time, Anele is mizing the hype and she is continuing with her job with 947.

Anele always catches heat on social media for everything that she does. During her interview with Wendy Williams days leading up to the premier of Wendy’s film, Wendy Williams: Hot Topic, as well as her documentary, Wendy Williams: What a Mess, will be aired in Mzansi.

Boity To Lasizwe – “What Is Wrong With You?”

“Our Hearts Are In Shambles”