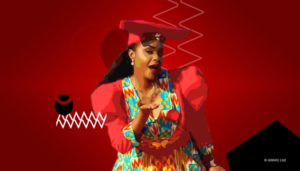 To say Namibian TV actress and Big Brother Africa season 8 winner Dillish Mathews has been working hard in her illustrious career would be a major understatement. Ever since the actress rose to superstardom she has been raising the bar high and occupied with several gigs.

The actress is on cloud nine after scoring a nomination for Female Personality Of The Year at the African Choice Awards. Dillish is nominated in the same category with Queen Sono star Pearl Thusi, TV presenter Bonang Matheba, Erica Ngozi Nlwewedim, and a few others.

Voting lines are now open and they will close on the 1st of October 2021. The awards aim to honor creative talent in the entertainment, beauty, sports, and fashion industries.

It is a beautiful sight to see Dillish winning and leaving no stone unturned to make her dreams come true. Se recently announced that she will star in an upcoming international film.

“I’m so happy to announce that I will be starring in an international film to be produced in Nigeria by @official_ogelle Ogélle is a user-generated video-sharing app for African content only. The film “Bodies of Influence” will feature other stars from 4 African countries and will be directed by @ositaoparaugo.”

Additionally, she will appear in a Nigerian web series called Assistant Madams. The series will soon be released and it features South African actress Tebogo Thobejane