Dillish Opens Up About That Much Talked About Kissing Scene

Dillish Opens Up About That Much Talked About Kissing Scene 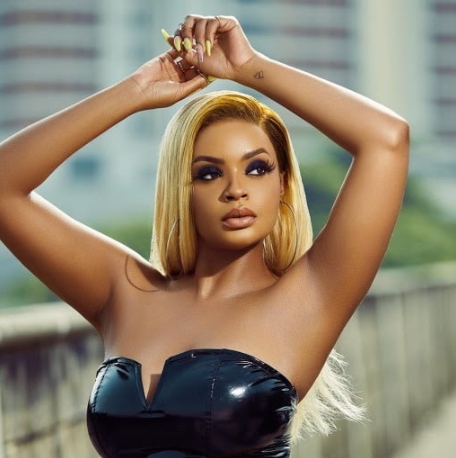 It is no secret that kissing scenes on TV shows tend to be awkward for the cast because they aren’t affectionate with each other in real life. Namibian star Dillish Mathews has taken to social media to open up about her kissing on the first episode of Assitant Madams.

The web series premiered yesterday and it stars Dilllish, Tebogo Thobejane, Salma Mumin, Joselyn Dumas, and many other celebrities from Africa.

Taking to her Instagram stories speak about the kissing scene Dillish said she was shy. She went on to say that she did not want her on-screen boyfriend to think that she is a bad kisser.

Dillish recently bagged a nod for Female Personality Of The Year at the African Choice Awards. The star is nominated alongside SA’s highly acclaimed actress Pearl Thusi, TV presenter Bonang Matheba, Erica Ngozi Nlwewedim, and a few others.

She recently announced that she has scored a new role in an international film. This year truly belongs to Dillish and her wins are proof.

Lalla Hirayama Opens Up About Living With A Disorder