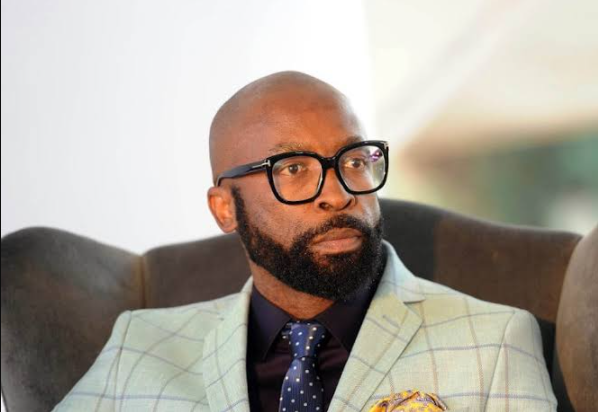 Media personality and businessman Sbusiso Leope popularly know as DJ Sbu’s comments about Bitcoin did not sit well with other tweeps.

He posted a bill on Twitter saying that he wouldn’t spend that much money for fun.

“If I was him, I would have stayed home & bought #bitcoin,” he wrote.

Mogami said the DJ is trying to save himself. “I know how this works. He bought Bitcoin and now he’s pushing for more people to buy it so he could make a profit. He knows if it could crash, he will lose. Now he wants people to save him.”

Unfortunately you're not him. He's not you. Let's respect that. pic.twitter.com/VqQuMqbm54

DJ Sbu has been dragged for a while now for “owing Zahara.” Last week he left jaws dropped after he revealed that Zahara is actually the one who owes TS Records.

He said: “I miss you Bulelwa (Zahara) but what I don’t like is when she goes out saying I owe her money because you know that’s a lie. If you go down to the books at Universal Music she actually owes us money and she does not even know that.”

He said Zahara was paid 50% while she was supposed to get less than that. He also added that when he parted ways with her, she was a millionaire.

DJ Sbu also spoke about how he personally helped Zahara, “When I met her she was an up-and-coming artist, nobody knew her. She remembers those two Christmases when nobody was by her side whereby the second time…she was going through the most, nobody was there for her. She was in a hospital, she was going through a liver problem and the doctors said she was drinking alcohol.

These are the things I have been quiet about, I don’t wanna share, don’t want to speak about because it puts her in a bad light. But I have to say them because these things that are being perpetuated, it’s unfair,” he said.