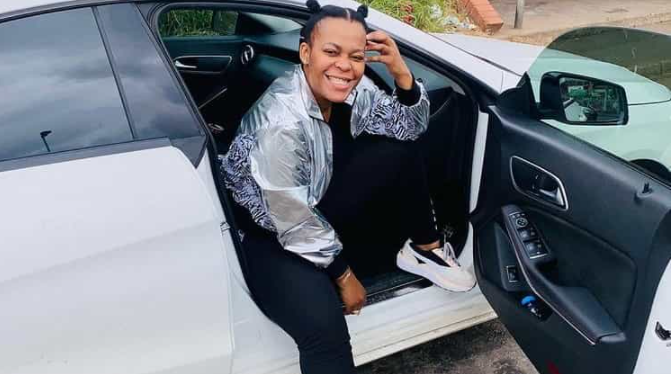 Socialite Zodwa wa Bantu recently took to social media to reveal that DJ Sumbody invited her over to come and have some fun at Ayeyep. She could order any drink that she wanted and eat whatever she wanted. How generous of DJ Sumbody? It’s not the first time we’ve seen the popular DJ invite celebrities over to come and have fun at his spot as this is good marketing for his business.

Zodwa wa Wantu was linked to Black Motion star Thabo Smol. During an episode of Drink or Tell The Truth with Lasizwe, she revealed that they had been having casual sex. Zodwa also said that she has a younger guy at home who is not famous.

“Right now at home there is a Ben 10, He is not famous, he works I have been in lockdown with him. I love sex, I have everything, I love cuddling, I love having somebody at home. Imagine having a big house like this but you are alone

“When I go parting, my boyfriend has a girlfriend so I don’t care…but he has been with me endlini but he hasn’t moved in with me,” she said.

This was followed by a response from Thabo Smol through Instagram. He did confirm that they had been sleeping together but said that he was not with his baby mama at the time.

“My side of the story, okay before anything you guys need to respect the mother of my child because she was not involved, I was not seeing her I was not in a relationship with anyone at that time hence I did what I did, please respect the mother of my child, It’s fine if you judge me nna ha kena taba, keya iphelela(I don’t care I am living my life).”

Thabo Smol’s business partner and colleague Murdah Bongs has revealed how proud he is of his baby mama DJ Zinhle following the launch of her store in Midrand.

Speaking about her latest business venture, Zinhle said that it is a big deal for her and her team.

“I am super excited about our new flagship store at The Mall Of Africa. This is a very big deal for my team and I. In a time where there has been so much loss, so many setbacks and hardships, I realised that it is important to take time and celebrate every victory along the way.”

“It may sound crazy but 8 years ago, no one wanted to work with an ambitious DJ from Dannhauser. Even a weekly appearance on national TV didn’t convince them that my brand and I were quite worth the risk. They judged who I was at the time and couldn’t see who I could become at the time,” said the hitmaker in part.

Lady Du Details All Her 19 Qualifications

Luis Munana Is Ready To Become A Father