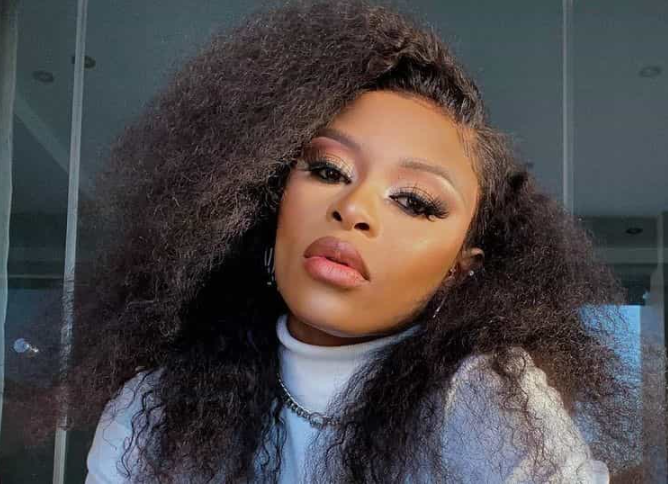 The internet always seems to have its way with DJ Zinhle and this time around, one of the memes managed to reach the talented DJ. Ever since she confirmed her pregnancy, everyone has been talking about her. One of her fans made emojis showing DJ Zinhle pregnant and they’ve been a hit on the web. They were inspired by the album cover for Drake’s new album Certified Lover Boy. Zinhle, however, didn’t seem that much impressed and asked when will people start respecting her.

This week has been a fruitful one as she launched her flagship store in Johannesburg. The who’s who of the South African industry were in attendance including her best friend Pearl Thusi.

“I am super excited about our new flagship store at The Mall Of Africa. This is a very big deal for my team and I. In a time where there has been so much loss, so many setbacks and hardships, I realised that it is important to take time and celebrate every victory along the way,” she said in a heartfelt video on social media.

This is big for her because just a couple of years ago, no one wanted to work with her or took her seriously. But look at her now.

“It may sound crazy but 8 years ago, no one wanted to work with an ambitious DJ from Dannhauser. Even a weekly appearance on national TV didn’t convince them that my brand and I were quite worth the risk. They judged who I was at the time and couldn’t see who I could become at the time,” she continued.

“I had to shift my focus, I stopped looking for partnership instead I went out and looked for ownership. It wasn’t as easy and powerful as I make it sound in fact I had to work harder than I ever had. There were blood sweat tears and a lot of life lessons in between.”

Knowing our fave, she wasn’t going to end her talk without sharing valuable advice with her millions of followers from across the continent. She cheered everyone to start where they are with the little that they have. They shouldn’t wait for anyone to make things happen for them, they must be on themselves.

“Start where you are, start with you. Play the cards you are dealt and bet on yourself. Don’t wait for someone else to make it easy for you, throw yourself in every aspect of your business. Don’t just think about it be about it. Don’t focus on being unsure, use your energy to make it happen make that move and don’t be afraid to go the long way,” she concluded

Candice Modiselle Gets Mistaken For Bontle