DJ Zinhle To Call It Quits?

DJ Zinhle To Call It Quits? 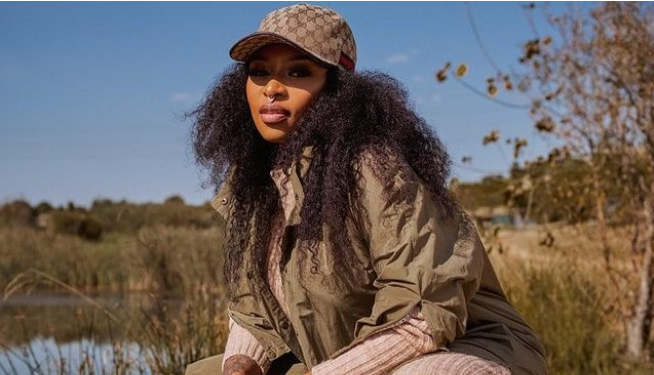 Mama Kakairo is feeling extremely overwhelmed and has hinted that she will be taking a breather. DJ Zinhle is one of the most hard working celebrities in Mzansi and her work speaks for itself.

Taking to social media DJ Zinhle revealed that she often gets too tired to be working all the time so she switched off her phone from time to time. She said she is exhausted and her anxiety reaches it’s peak whenever her phone rings.

“Switching off my phone gives me so much peace.. My phone rings so much it gives me anxiety.. Been working nonstop, I’m exhausted. Anyway, take care of yourself,” she tweeted.

Switching off my phone gives me so much peace.. My phone rings so much it gives me anxiety.. Been working nonstop, I'm exhausted.

Anyway, take care of yourself.

Zinhle received some backlash for her tweet from people who misread it. They accused her of not appreciating all that she has, especially when lots of people are unemployed.

Zinhle defended herself and said she never said she was ungrateful, but reiterated that it is OK to be tired at times. “Never said I wasn’t grateful for work but it’s also normal to feel tired.”

Never said I wasn't grateful for work but it's also normal to feel tired.

DJ Zinhle has every reason to be tired and overwhelmed as she has multiple streams of income and all of them need her every attention. DJ Zinhle is the CEO of an international sparkling wine beverage, Boulevard Nectar Rosè, she has a successful watch brand called Era by Zinhle, a chic design and decor company Jiyane Atelier and she has recently listed her property on AirBnB.

She also just started her very own wig company Hair Majesty by DJ Zinhle. With all these titles Zinhle is best known for being a DJ and loving mother who is rumoured to be expecting baby number 2 with bae Murdah Bongz. She also is slated to have her own reality show but Showmax made us wonder if it is really in the works.

Entertainment Commentator Kgopolo “Phil” Mphela announced on Twitter; “Superstar DJ Zinhle is expanding her media empire. The multi-talented mom of one is adding a new title to her many titles. Business woman, tv personality, club DJ, best-selling artist, and now we have it on good authority that she is getting her very own reality show.

“According to our sources, Zinhle will be starring in her own reality show where she will open up her life as a celebrity mom, business mogul and a dream chaser. The show which will be on Showmax is rumoured to be in production under the working title of DJ Zinhle Unexpected”

Showmax however poured cold water to these claims. Head of content Candice Fangueiro responded to Phil’s claims and said, “At this stage, there are no plans for a reality show with DJ Zinhle and Showmax,” she was quoted as saying.

Caster And Wife Expecting Baby No 2