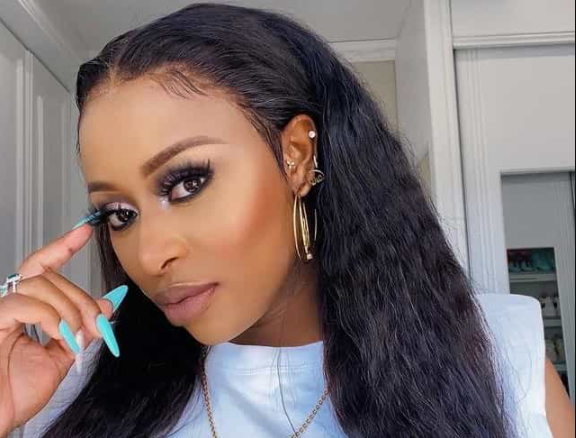 “We are launching a store at Mall of Africa on the 1st of September. What I’m doing is, I’m trying to trial this physical store situation. I’m testing it out with Mall of Africa and I’m going to put all my efforts in there. The best store design, the best people to sell the product so we can see how successful it can be in that environment.” Said Zinhle in part. She also plans to open more stores and eventually franchise her store.

“And if it is then we will roll it out to other cities too. To Cape Town and Durban and after that we are just going to franchise the store – other people need to benefit from my hard work.”

DJ Zinhle shows you how to customize your own wig on her website. pic.twitter.com/WYQHUyQMpW

About two weeks ago, Kairo’s mom treated her fans to an honest Q&A where she opened up about various aspects of her life including her relationship. The DJ revealed that she prefers a younger man which didn’t come as a surprise to many, as her ex-boyfriend AKA is younger than her and her current partner, Murdah Bongz is also said to be a few years her junior.

Another one of her followers wanted to know how did Bongz show Zinhle that he is really into her and she revealed that he did the sweetest thing ever. “I found a vinyl record from my old collection, on the cover was a letter I wrote to my dad after he died in 2010. I don’t even remember writing that letter but I was super emotional when I found it. Bongani took the record, sampled it and made a song for me.”

Back in June 2021, DJ Zinhle announced her latest business venture. The Style-Award winner revealed that she had officially launched her range of lace wigs. Following her announcement, her fans were able to order through her website.

“BIG ANNOUNCEMENT!! I’m so excited to let you all know that HAIR MAJESTY BY DJ ZINHLE is finally here. Go to hairmajesty.co.za to shop from my first release of 15 premium Peruvian lace wigs and #WearTheCrownYouDeserve,” she made the announcement followed by a video of Zinhle rocking the various her pieces from her range. The hairpieces are made here in South Africa and come in various South African names including, Mbali, Thando, Naomi and other beautiful names.

Zinhle is reported to be pregnant with her second child and the father is allegedly Murdah Bongz. The two are yet to confirm or deny the rumours.