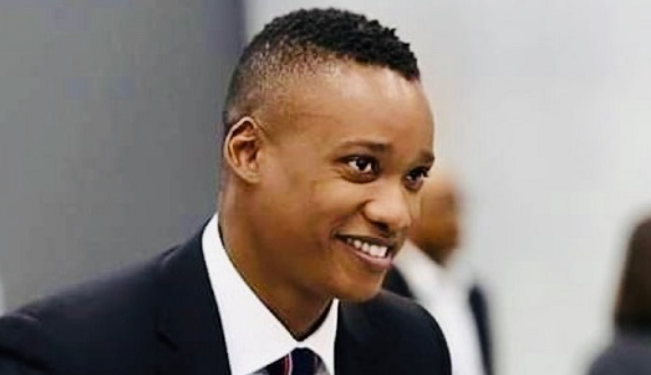 It is no secret that Duduzane Zuma, son of the former president of South Africa, Jacob Zuma, is a heartthrob of note and he usually trends for all things frivolous.

Also known to be a controversial businessman because of who his father is, Duduzane Zuma also knows how to win his way back to the people’s hearts. Remember that time when he pledged financial assistance towards the students who were faced with the challenge of paying off their tuition fees.

Here’s a look at the times Duduzane had love and hate him all at the same time.

Just when we thought no one would mind having Duduzane slide into their DMs, that assumption was wrong.

Buhle Samuels came out guns blazing when she expressed her disgust at men who invade her space. It is without a doubt that Buhle is an eye candy and her body is to die for. Her beautiful and voluptuous figure is what seems to draw these men but she has no tolerance for ill-mannered men.

Men tried to debate with the Kings Of Joburg actress with one saying it depends on the type of man. Making Dudzane Zuma an example, he implied that she would not mind if he invaded her space. Sticking to her guns, Buhle reiterated that he too should feel her wrath should he invite himself without her consent.
Ayanda goes off at Duduzane Zuma

Ayanda Thabethe took aim at Duduzane Zuma for not owning the fact that he comes from a rich and well-connected family. The model and actress put the businessman on blast following his interview with Kaya FM’s Sizwe Dhlomo.

Duduzane spoke highly of himself saying he owes his success in the business industry to his hard work and determination. However, it seems this sentiment was not well received especially by Ayanda.

Taking to Twitter, she told the businessman and son of a politician that there is no shame in admitting that daddy did all the work in making him successful.
Duduzane Zuma dating Thuli Phongolo rumor

For a while, now fans had been speculating that Thuli Phongolo and Duduzane Zuma were dating. Thuli was apparently spotted vacationing in Dubai with someone that looked suspiciously enough like Duduzane Zuma, who is now living in Dubai.

As is common, social media detectives put two and two together and concluded that the two were dating despite Duduzane Zuma being a happily married man.

In an interview with podcaster Mac G, Duduzane Zuma said – “Thuli is a beautiful young woman, doing her thing, and l wish her all the best. I don’t know her and l have never met her.”‘

ZAlebs like Cassper Nyovest, Pearl Thusi, and Babes Wodumo took on The Duduzane Challenge and showed us how it’s done.

Duduzane Zuma, started a viral trend of sorts when he showed his fans how to walk like you mean it. The challenge was a combination of two viral videos of the aspiring politician Duduzane Zuma walking- literally just walking.

Cassper wasted no time as he made his own version. The video started off with his producer Alie Keyz feeling all fresh as he is the Duduzane of the video. But like all dreams, reality set in when the real “Duduzane”, who is Cassper in this case, took the stage and showed us who’s boss.

Nonkanyiso Conco aka Laconco, the former President Jacob Zuma’s ex-fiancé, who stars in a reality show, The Housewives of Durban, did not mince her words when it came to answering about her love life.

“If you met Duduzane first, would you have dated him first?” 🤣🤣🤣 i think LaConco isnt being truthful with her answer. But shame I agree with Sorisha, I wish her a present and young partner to have fun with and actually spend time with #RHODurban

During a truth or dare game, Laconco was asked if she had not met Jacob Zuma first, would she have dated his son, Duduzane Zuma. Laconco quickly responded with ‘definitely not’ and added that as a woman she has a certain type of men she goes for and Duduzane is not one of them.