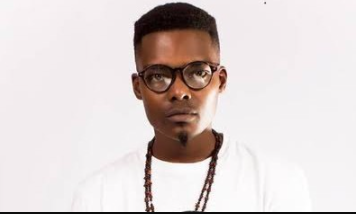 The five men found guilty of murdering late Rhythm City actor, Dumi Masilela, during an attempted highjacking in 2017 have testified at the North Gauteng High Court.

During the sentence proceedings, Sfundo Harrison Nkosi took to the podium to testify and plead with the judge to give him a lenient sentence.

“The court has found me guilty and I am asking that the court give me a lenient sentence so that I can be reintegrated into the community and work for my children,” he continued.

Nkosi, who the judge found to not show any remorse, also revealed that he knew Dumi on and off screen. He said that he would come across Dumi in Tembisa because the late actor lived on the same street as his cousin.

“I also enjoyed watching the soapie and I liked his role. He was an adopted son to Marks and that’s where I came to know him. So I am sorry for everything that has happened. I cannot describe what the family is feeling and lack words to describe my regret,” he explained.

According to the statements by 4 of the 5 men, it was Khumbudzo Solomon Makhuba who pulled the trigger and killed Dumi on 2 August 2017.

In June, Simz Ngema sat down with Mac G and the Chillers on Podcast And Chill and she opened up about her late husband’s case, revealing that she does not follow the case.

“I made a conscious decision not to follow the trial because losing Dumi is a big enough burden to carry. I am not going to carry the burden of not forgiving as well. That will be too much for me. I don’t follow the trial because if the justice system fails me, then what? If they run free, then what? I am I going to be miserable for the rest of my life because there is somebody I haven’t forgiven,” she said.

Speaking about dealing with and accepting his passing, she said: “Of course, I knew that it was meant to happen the way that it happened. But, I felt like there is no reason good enough for it. I would ask God those questions, what’s the reason behind it? They always say everything happens for a reason but I felt like, what that reason? I didn’t understand but I never lost my belief in God. I think at that time God was the only thing that made sense in my life. It kept me sane,” shared Simz.

“A lot of people be like how did you get up on stage and sing and all of that. And I was like because, at that moment, everything was so heavy in my spirit. The only thing that made sense was God. I’m a Virgo, I’m a perfectionist and I like planning and I like doing things by the book,” she added.

Minnie Dlamini Has A Hidden Talent