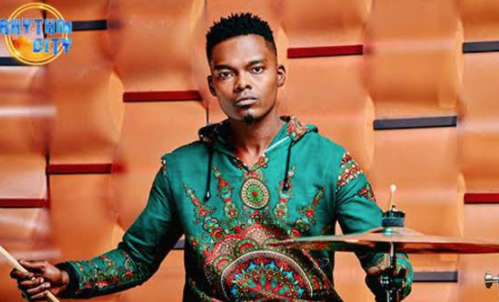 The sentence proceedings of the five men who were found guilty of killing Rhythm City actor, Dumi Masilela, has opened a lot of wounds for the deceased’s family at the North Gauteng High Court.

The last star who was shot on the August 2017 and died the next day on August 3, exactly four years ago today and his mother has taken to the stand to testify; asking Judge Papi Mosopa not to give her son’s murderers a light sentence.

Sabatha Masilela opened up about how her son’s death affected her and her family — this according SowetanLive. She expressed that although Dumi’s two siblings have tried to take care of her after she lost her teaching job because she was affected by her son’s passing, one of her children is now a drug addict and it is all because he did not know how to deal with Dumi’s death.

“I don’t know who can take that pain. His death has affected me badly. I lost my teaching job because I was ineffective. Some of these boys here were in the same school [where] I taught, Eqinisweni High School [in Ivory Park in Midrand],” SowetanLive quoted her as saying.

“The other one has resorted to drugs and alcohol abuse because of how this matter has affected him. We cannot afford to get help for him. His wife has moved on and has a child with another man. I lost my job and I believe none of these things would have happened if he [Dumi] was still alive,” she added.

You will remember that shortly after Dumi’s passing in 2017, and on the same day, his aunt, Grace Mahlangu, also lost her life.

Explaining to the court, Dumi’s mother said that when the paramedics arrived, they said Mahlangu was in shock and pain and that her death was a result of a diabetic coma.

“Her diabetic levels were high. I lost my son and sister-in-law on the same day while I was still mourning the death of my husband,” she added. Dumi’s father had died the previous year.

When asked to testify on Monday, after the court found them guilty on Friday (30 July) Mukhuba pleaded innocent, vehemently denying killing the later actor even though his co-accussed confessed that he indeed pulled the trigger. He also denied being at the scene.

“Yes, they are lying. I wasn’t even there when he was shot. I don’t even now some of my co-accused. I don’t know why they said I was there,” he said.

Another accused, Nkosi, pleaded with the court to be lenient towards him. In his testimony, he said that he loved Dumi’s (Sifiso) on Rhythm City and that he enjoyed the show.

Dumi’s wife at the time, actress Simphiwe ‘Simz’ Ngema, has not said anything about the sentence proceedings as she revealed in an interview with Mac G and the Chillers on Podcast And Chill that she made a conscious decision not to follow the trial because losing Dumi is a big enough burden for her to carry.

She however, did look back on this day four years ago in remembrance of her late husband. In an Instagram post, Simz expressed how proud she is of the woman she has become.